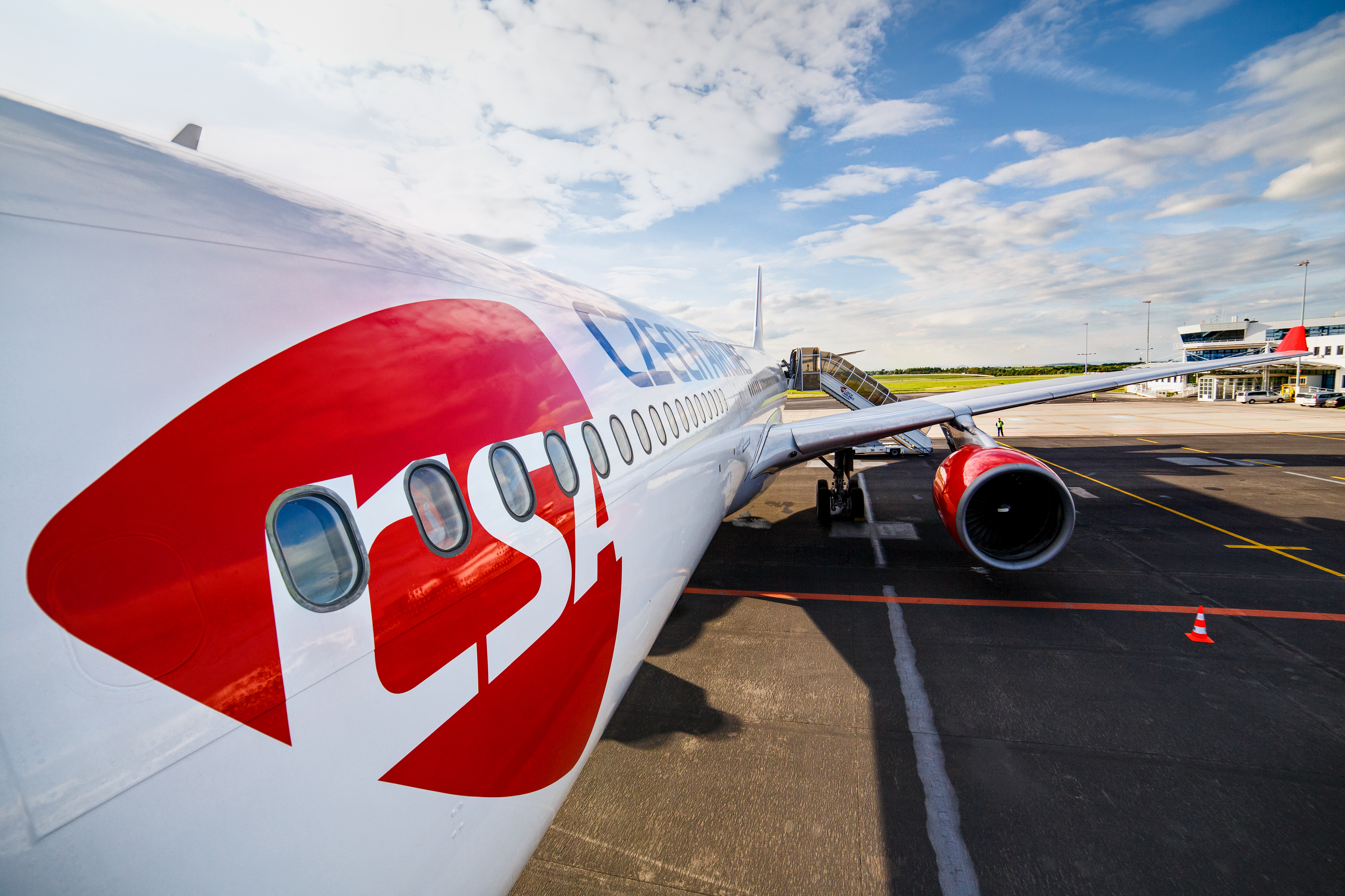 Effective 1 December 2016, Czech Airlines is launching sales of five new Price and Product Packages within the category of Branded Fares. It is also unifying the baggage transport policy in Economy Class, increasing the weight limit for checked baggage from 15 to 23 kg on all Czech Airlines operated flights. Thanks to the new packages, Czech Airlines will be able to offer both economical and more expensive tickets featuring our best products at any point of sale until the aircraft capacity is completely sold out. 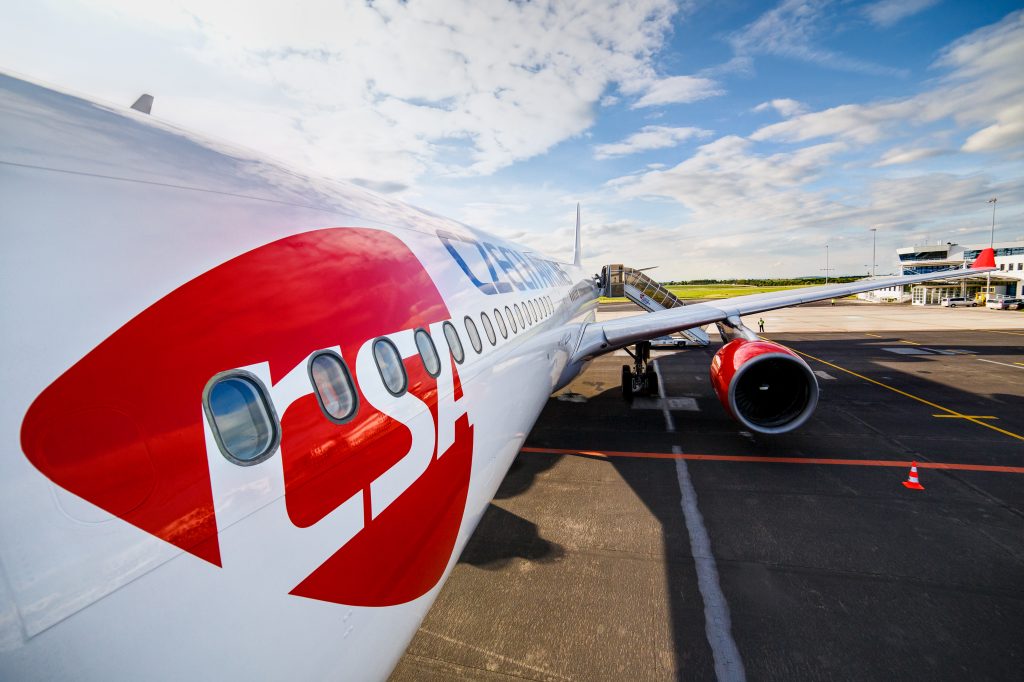 During the 2017 summer season, Czech Airlines will operate new connections to Aarhus, Lisbon, Verona and Reykjavik-Keflavik. It will also operate seasonal flights to Bilbao, Porto and Riyadh as well as to Beirut, Pisa and Malta, to where the number of flights will be increased and the operational season extended. Czech Airlines will add additional frequencies on its routes to Birmingham, Madrid, Gothenburg, Stockholm and Zagreb. In the 2017 summer season, Czech Airlines will operate a total of 50 regular scheduled services to 25 countries. Ticket sales for the new and renewed connections will be launched together with the launch of new price packages on 1 December 2016.

TRANSPARENT DISPLAY OF SERVICES AND PACKAGE VALUES, SET PRICE DIFFERENCES
The introduction of Branded Fares is Czech Airlines’ reaction to aviation trends in Europe and client preferences. As an innovation, upon ticket purchases, all services included in the ticket price will be clearly visible to customers and all differences between the individual packages will be highlighted. Customers will thus get a clearer review of the offers and only select and pay for the services required. Branded Fares also allow a better combination of services included in the ticket price with additional services, thus creating an individual package based on customers’ needs.

“Thanks to the new way of display, supported by Branded Fares, we will always offer customers cheap tickets and clearly show the price difference benefits compared to another package. Customers can thus rely on the fact that they are purchasing something they are going to use,” Jozef Sinčák, Chairman of the Czech Airlines Board of Directors said, adding: “We will compete for top positions on price locators and within cheap fare comparison tools with the LITE package.”

Another advantage of the Branded Fare Price Packages is their unified look and clear display within all distribution channels and better accessibility for all types of customers via direct and indirect means of sale.

LITE PACKAGE NOW AVAILABLE ON ALL CZECH AIRLINES SHORT-HAUL ROUTES
Customers looking for the lowest price offer will now be able to purchase the most economic tickets under the LITE package which covers the transport of a passenger with only carry-on baggage from point A to point B on all Czech Airlines regular flights except the Riyadh and Seoul long-haul routes.

SELECTION OF PRICE PACKAGES BASED ENTIRELY ON CUSTOMERS’ NEEDS
The PLUS package is the ideal choice for customers looking for an optimal price/extent of service ratio. Compared to the LITE package, it includes the transport of 1 piece of checked baggage and the option of advanced seat selection. The price difference between the PLUS and LITE packages is 20 EUR per segment.

Finally, the new FLEX package has been designed for customers who prefer flexibility and multiple services included in the ticket price under an all-in offer. Compared to the PLUS package, it also allows free changes to existing reservation departure or arrival dates, supports the option of cancelling the ticket for 60 EUR per segment, the SkyPriority service (priority check-in, security control and boarding), free transport of 1 piece of sports equipment (golf bag or skis) up to a maximum weight of 15 kg and light in-flight snacks. The price difference between the FLEX and PLUS packages is 40 EUR per segment.

Czech Airlines is also introducing a new, better priced, BUSINESS LITE package for travel in Business Class designed for passengers who want to enjoy all the perks of premium travelling but do not require departure and arrival date flexibility.

23 INSTEAD OF 15 KG WEIGHT LIMIT FOR ALL CHECKED BAGGAGE IN ECONOMY CLASS
Effective 1 December 2016, Czech Airlines is unifying the baggage transport policy in Economy Class and increasing the weight limit for checked baggage from 15 to 23 kg on all Czech Airlines operated flights. The policy will even be applied by the carrier retrospectively for tickets purchased prior to the date to be used after 1 December 2016. The weight limit will also be increased from 15 to 23 kg for charged or additionally purchased checked baggage.

In addition, Silver, Gold and Platinum OK Plus membership programme card holders can check in a second piece of baggage up to 23 kg free of charge.

In addition, Czech Airlines will also renew operations of its regular seasonal routes to Bilbao (2x weekly), Porto (3x weekly), Riyadh (2x weekly), Skopje (3x weekly), as well as to Beirut, Malta and Pisa. On the Beirut and Malta routes, the operational season will be extended and the number of flights to Beirut increased to 5 weekly connections, while Malta will be serviced up to 3 times a week. The Pisa route will be operated by Czech Airlines all summer season with an increased number of frequencies to four weekly.

Czech Airlines will operate a total of 50 regular scheduled connections to 25 countries in the 2017 summer season. Ticket sales for the new and renewed Czech Airlines services will be launched together with the launch of the new Price Packages, i.e. on 1 December 2016.