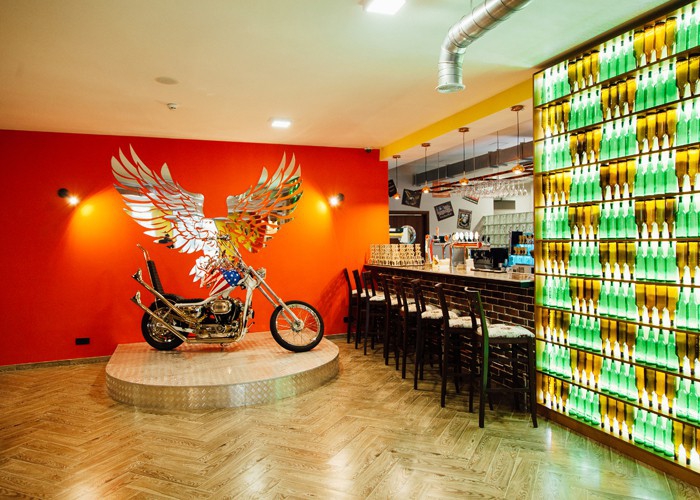 Opening of the conceptual restaurant “American Grill&Bar” or “Ambar” took place in Vinnystia on March 25. The restaurant hovers the spirit of America, on the menu favourite burgers, juicy steaks, snacks and Reikartz beer. The hall is designed for 130 seats.

Not only Reikartz team, but also residents of the city was waiting for the restaurant opening. At the beginning of the month high handsome footballers with a huge bouquet of flowers drew the attention of the citizens. Men were congratulating women on March 8. After they were replaced by Darth Vader, who has come to help with the restaurant opening and, also, took a few photos with his fans.

The restaurant is designed in the style of good old America – high comfortable sofas, bar, in the center of the restaurant there is the pride of American car industry – Harley Davidson. A special approach has been used when we were creating the menu. With the help of menu, you can not just order food and drinks, but also cheer yourself up – each dish has a funny name, and comments on the fields will make you smile.