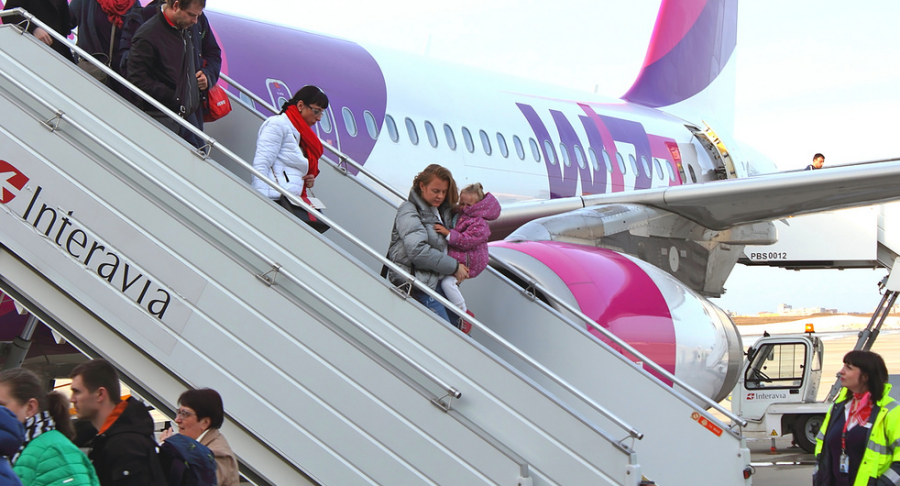 The low-cost carrier Wizz Air has opened the first direction from Kharkiv after its return to us. The flights Kharkiv–Dortmund has launched on April 5. The flights are carried out on Thursdays and Sundays, the price starts from 1099 hryvnia (€39,99).

In 2018 the company opens two more flights from Kharkiv: in June — to Katowice (Poland), and in November — to Vienna (Austria). We expect that the network of destinations will expand further.

“We are pleased with the return of Wizz Air, and sure that the route network of flights from Kharkiv will expand further. We are glad that the first flight that the airline opens is the flight to Germany, because this is the most popular direction for citizens of Kharkiv. Only before, you had to fly with a transfer and now you can travel directly and at affordable prices,” Volodymyr Vasylchenko, Kharkiv Airport general director commented.

“The beginning of cooperation with Kharkiv International Airport and the opening of the first flight to Dortmund is an important event for us. We continue to expand the route network, and already this year we will launch new flights from Kharkiv to Katowice and Vienna. A convenient schedule, an easy-to-use booking system, and extensive Wizz’s capabilities will satisfy all the requirements of Ukrainian passengers,” Sorina Ratz, Communications Manager at Wizz Air reported.

Wizz Air is the largest low-cost airline in Central and Eastern Europe. The company offers flights on more than 600 routes, connecting 141 destinations in 44 countries. The fleet consists of 93 aircraft Airbus A320 and Airbus A321. In 2017, Wizz Air was named “European Airline of the Year” in the Aviation 100 rating.