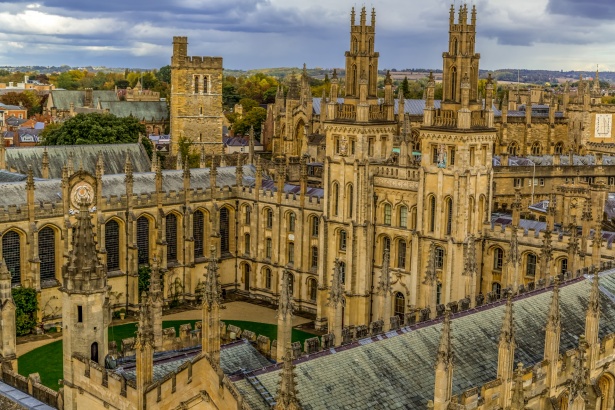 As universities themselves can be as much of a draw as the country they’re located in, we also took the top 2,000 ranked universities in the world according to the Center for World University Rankings for 2021-22, to see which are being searched for the most.

Arguably one of the most well-known and prestigious universities in the world, Harvard University takes the top spot in the popularity rankings, with almost 10 million searches every year. With alumni including Natalie Portman, George W. Bush and Facebook creator Mark Zuckerberg, the university is surrounded by intrigue from around the world, with only a select few lucky enough to enrol at the university.

US universities’ dominance in these rankings suggests that people are searching for exact educational institutions in some cases, rather than the country as a whole, with American universities featuring 17 times in the top 25. The United Kingdom also features three times, with England’s two most historic universities, Oxford and Cambridge ranking alongside Scotland’s Edinburgh University.

Known as one of the best universities in the world, India’s University of Delhi also features, ranking as the 13th most searched university in the world. Founded in 1922, alumni include past Prime Ministers of India, film directors and prominent Indian sports stars.

The Top 10 Universities for Studying Abroad

Comments Off on The Most Searched Universities