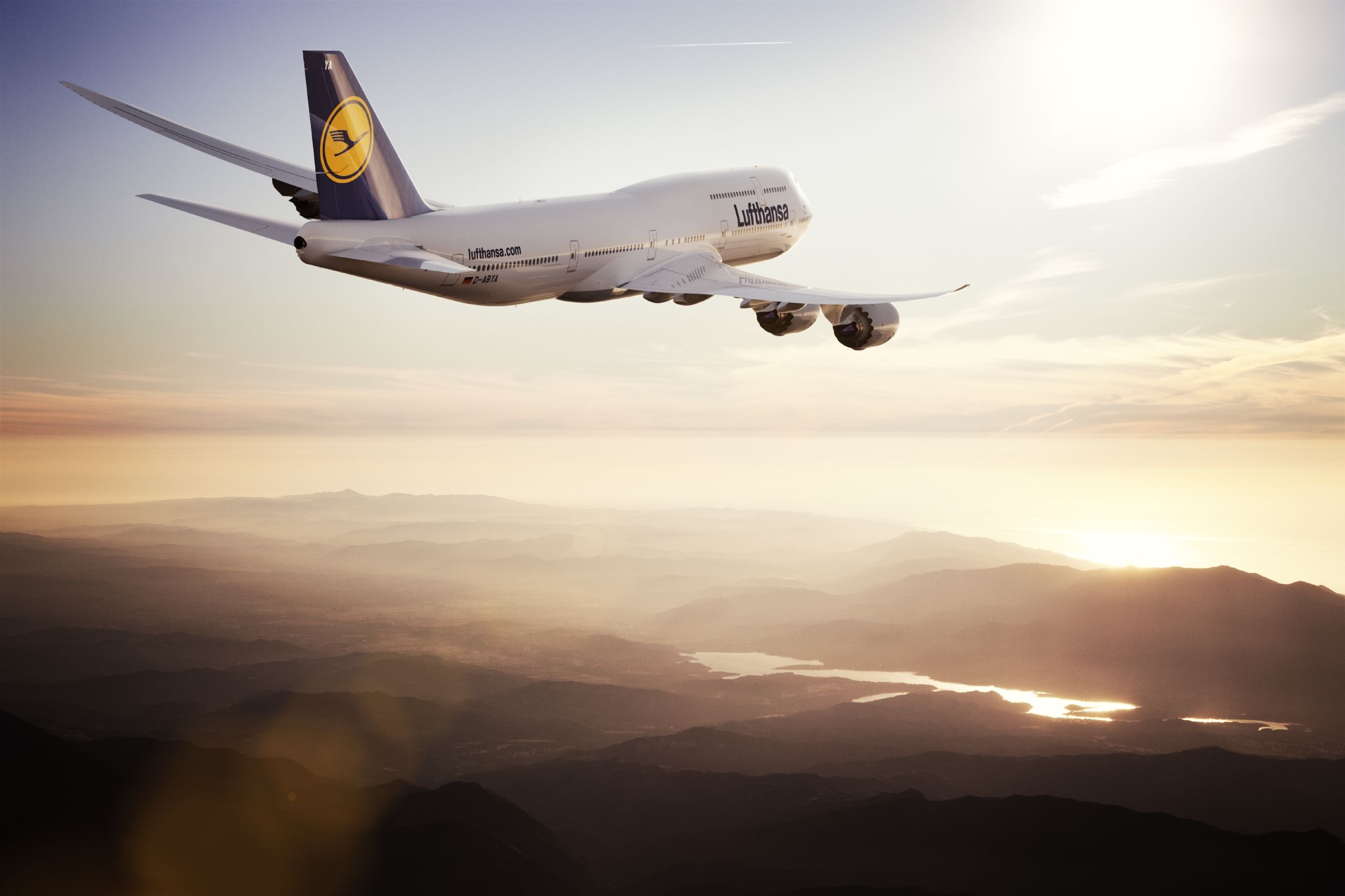 The airlines in the Lufthansa group – Austrian Airlines, Brussels Airlines, Eurowings, Lufthansa and Swiss International Air Lines – will be even a more attractive option for winter holidaymakers and business travellers this winter. As always, passengers can rely on the high standard of service, quality and reliability of the Lufthansa Group. 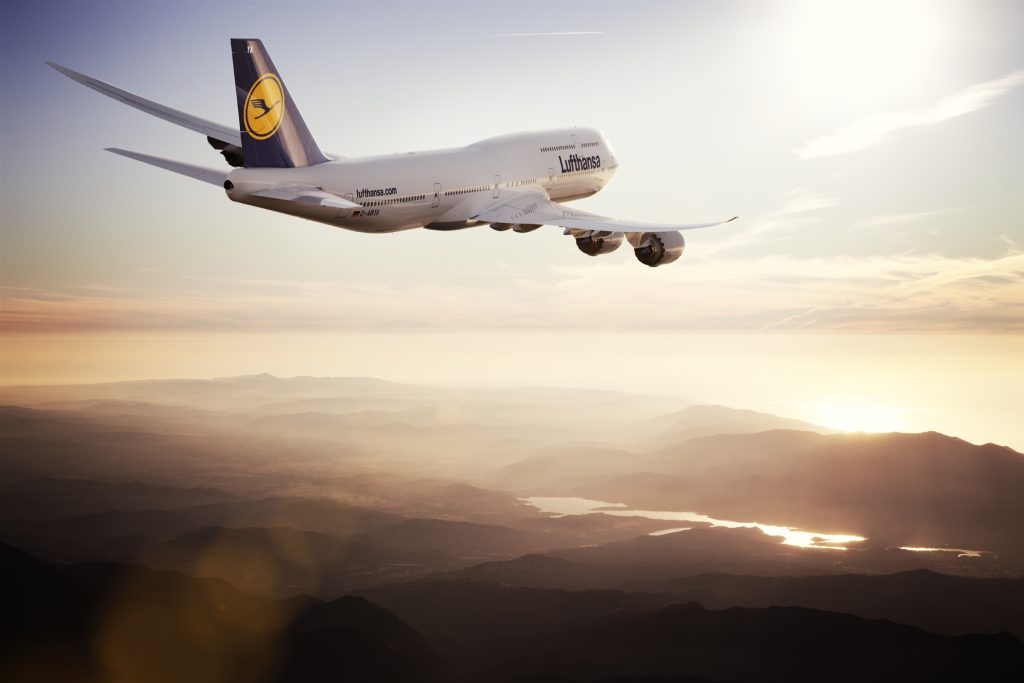 In the forthcoming 2016/2017 winter flight timetable, the airlines of the Lufthansa Group will offer its customers precisely 19,838 flights each week around the world. This winter, the Lufthansa Group airlines will link 255 destinations in 101 countries via its hubs in Frankfurt, Munich, Zurich, Vienna and Brussels, but also via many point-to-point routes. These services will be supplemented by more than 18,000 code-sharing flights with some 30 partner airlines, offering passengers a network which almost spans the globe. The winter flight timetables for the individual Group airlines apply from Sunday, 30 October 2016 to Saturday, 25 March 2017.

Lufthansa lists a total of 194 destinations in its winter flight timetable and offers approximately 9,668 flights a week. There is some good news for travellers who love South Africa: Lufthansa is adding a service from Frankfurt to Cape Town (South Africa) to its flight timetable again this winter.  Starting on 2 December 2016, a Lufthansa aircraft will take off from Frankfurt every Wednesday, Friday and Sunday bound for the port city near Table Mountain. This year-round service expands the Lufthansa Group’s multi-hub portfolio and perfectly complements the seasonal service previously operated out of Munich and Zurich in conjunction with Edelweiss.

Flights will also run to San Jose (USA) in Silicon Valley over winter, along with the attractive dream destinations of Mauritius, Malé (Maldives) and Cancún (Mexico). Lufthansa has significantly increased the number of connections to Nairobi (Kenya), Dallas (USA) and Poona (India).

Funchal (Madeira) is being added to the European programme, with a once-weekly flight to the city commencing on 29 October 2016. Thanks to mild weather all year round, the Portuguese island primarily attracts walkers during the winter season.

The list of new European destinations served out of Frankfurt also includes Tromsø(Norway) and Ivalo (Finland), with one flight to each per week. With these two new destinations and its existing twice-weekly service from Munich to Kittilä (Finland), Lufthansa will fly to three attractive tourist destinations in the far north of Europe. This region is gaining in popularity among winter sports enthusiasts and holidaymakers keen to see the northern lights. The summer destination of Tirana (Albania) will remain on the winter flight timetable, with daily flights to the city from Frankfurt. There will be an increase in the number of connections from Frankfurt to Friedrichshafen and Wrocław (Poland) over winter.

A new year-round service to Marrakesh (Morocco) will be offered out of Munich. Lufthansa will start operating this route on 30 October, taking passengers to the Moroccan city twice a week. Denver (USA) and Tehran (Iran) will be added to the winter flight timetable as new destinations and there will be more frequent services to Los Angeles, Miami (both USA) and Tel Aviv (Israel).

Debrecen (Hungary), Odessa (Ukraine) and Porto (Portugal) will remain on the timetable. Passengers will be able to fly from Munich to the Polish city of Rzeszów this winter for the first time. There will also be additional weekly services to Ancona (Italy) and Graz (Austria). Twice as many flights will run to Malta.

In winter 2016/2017, Austrian Airlines will offer its passengers a wide range of up to 130 destinations in 56 countries. The Austrian carrier is stepping up its focus on tourist destinations over winter. For instance, a Boeing 767 will fly to the Cuban city of Havanaonce a week starting on 25 October. In addition, there will be direct flights from Vienna to the Maldives and Mauritius up to twice a week. The airline will offer as many as two weekly connections to Marrakesh and a once-weekly flight to Colombo in Sri Lanka in its winter flight timetable. With these additions, Austrian will address its strong seasonality and fly to an interesting range of sunny destinations in winter as well as in summer.

Brussels Airlines will serve a large number of new destinations this winter. Starting on 6 March 2017, the Belgian airline will fly to the Indian metropolis of Mumbai from Brussels five times a week. The new service to Toronto (Canada), which was introduced during the last flight timetable period, will continue to run over winter.

There is good news for anyone looking to travel to Africa. The seating capacity on flights to the popular winter destinations of Banjul (Gambia) and Dakar (Senegal) will be increased and more frequent services to Entebbe (Uganda) and Kigali (Rwanda) will make it easier to travel to East Africa.

Compared with last winter, Brussels Airlines has significantly expanded its flight timetable, adding services from Brussels to Porto (Portugal), Naples (Italy), Belfast (Ireland),Nuremberg (Germany) and Nantes (France). On top of this, the airline is increasing its weekly flights to Lisbon (Portugal), Málaga, Tenerife (both Spain), Edinburgh (UK) and Billund (Denmark).

A host of attractive new destinations will be served out of Vienna this winter. Eurowings passengers will be able to fly to Málaga, Fuerteventura and Las Palmas twice a week or head to the Andalusian city of Jerez de la Frontera (all Spain) once a week. Rome andPisa will be added to the list of destinations in Italy. Passengers looking to soak up the Egyptian sun over winter can now fly from Vienna to Marsa Alam (Egypt) once a week. A new once-weekly service will also be available to Faro (Portugal). Passengers will also be able to fly to Nuremberg (Germany) eleven times a week over winter. Thanks to the expansion of the flight timetable at the new foreign base in Vienna, passengers will be able to reach 18 destinations for the first time.

During the winter season, the long-haul programme will be expanded with a once-weekly flight from Cologne to the Cuban capital of Havana. The first winter service from Cologne toMiami (USA) and back will also be introduced. This US destination was first included in the flight timetable in summer 2016. There will be more frequent long-haul services from Cologne to Varadero (Cuba), Mauritius and Phuket (Thailand).

In the new winter flight timetable 2016/2017, Eurowings will serve 91 destinations in 34 countries.

In the forthcoming winter flight timetable, the new SWISS long-haul aircraft, a Boeing 777-300ER, will be used for flights to Miami and San Francisco for the first time. Starting on 3 March 2017, the new flagship will also fly to Singapore every day. This service is currently run three times a week using a Boeing 777-300ER. SWISS will also step up its weekly connections to Hamburg, Berlin (both Germany), Cracow (Poland) and Belgrade (Serbia) in winter. Between 4 and 25 February 2017, SWISS will also offer a number of new scheduled flights between Zurich, Sion (Valais, Switzerland) and London City (UK) to meet the demand for attractive services catering for winter tourism. SWISS will use larger aircraft on flights to Spain (Barcelona, Madrid, Valencia), Portugal (Lisbon) and Italy (Rome, Florence) this winter.

In addition to this, SWISS will offer connections to holiday destinations around the world in conjunction with its partner Edelweiss during the winter season 2016/2017. More frequent flights will be offered to the Canary Islands. For the first time, there will be five flights a week to Tenerife, four to Gran Canaria and two to both Fuerteventura and Lanzarote (all Spain). Passengers will also be able to fly to Seville (Spain) twice a week over winter for the first time.