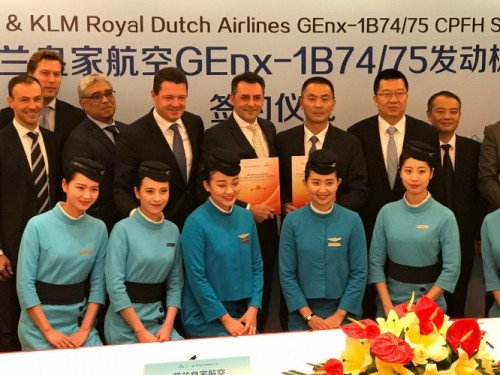 KLM and Xiamen Airlines signed an additional 10-year agreement for the maintenance of General Electric Next Generation engines for another six Boeing 787-9s operated by Xiamen Airlines. The two maintenance contracts have a combined value of EUR 260 million. Maintenance will be conducted at Amsterdam Airport Schiphol.

In April 2016, the partnership between KLM and Xiamen Airlines was expanded with a 10-year contract that will see KLM Engineering & Maintenance handling the upkeep of the General Electric Next Generation engines of six Xiamen Airlines Boeing 787-8s.