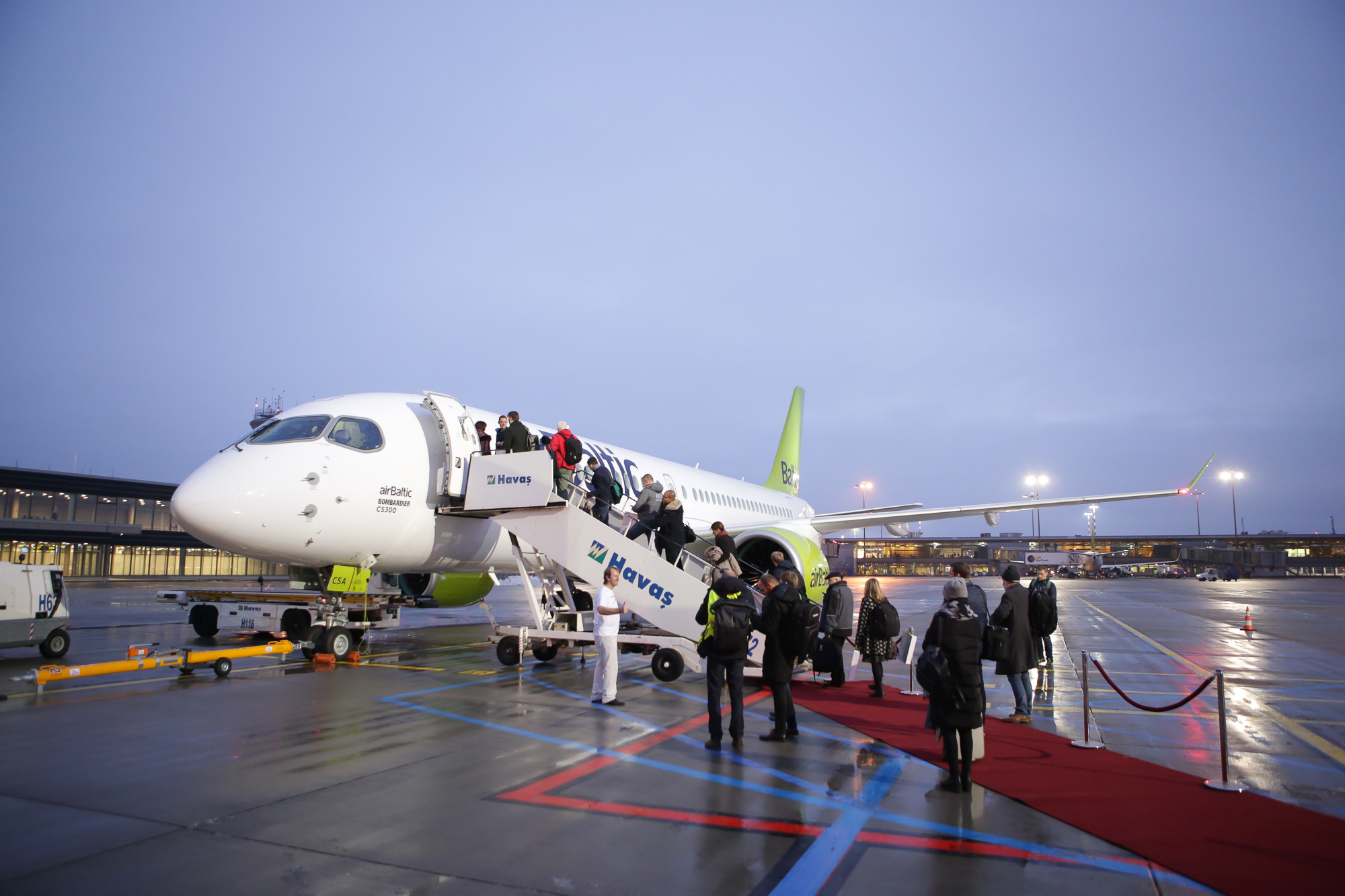 Bombardier Commercial Aircraft today congratulated launch operator airBaltic on the superb execution of the CS300 aircraft’s first commercial flight. With 120 passengers aboard, including local media, the flight departed Riga and landed in Amsterdam. airBaltic is operating the CS300 aircraft in a 145-seat, two-class configuration. The airline has ordered a total of 20 CS300 aircraft. 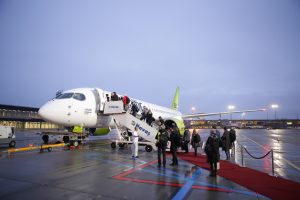 “airBaltic has been counting down the days to this landmark moment. During its maiden commercial flight today, the CS300 aircraft performed beyond our expectations and offered a new level of travel experience for our customers,” said Martin Gauss, Chief Executive Officer, airBaltic. “We look forward to serving many communities across Western Europe and the Eastern markets with the CS300 aircraft – the largest variant in the world’s most efficient and environmentally friendly family of airliners.”

“As one of the World’s Most Innovative Airlines, airBaltic’s flawless entry-into-service of the state-of-the-art CS300 aircraft signals the airline’s progress with its fleet modernization strategy,” said Fred Cromer, President, Bombardier Commercial Aircraft. “The CS300 aircraft’s entry-into-service also confirms Bombardier’s successful execution on our commitment to deliver the only all-new family of single-aisle airliners the 100- to 150-seat market in 30 years.”

“Today’s commercial flight highlights the remarkable journey between airBaltic and Bombardier as the CS300 aircraft is brought to market,” said Rob Dewar, Vice President, C Series Aircraft Program, Bombardier Commercial Aircraft. “We salute airBaltic, our employees, suppliers and industry stakeholders for their steadfast loyalty to the success of the C Series aircraft program.”

Since entering revenue service with SWISS, the CS100 aircraft has completed more than 1,600 flights — carrying over 156,560 passengers, covering over 1,181 500 km and serving 18 destinations.