Wizz Air today announced that it will open its 27th base on 21 July 2017 in Varna (Bulgaria) with one new Airbus A320 aircraft. Already served by Wizz Air flights, Varna will be Wizz Air’s second Bulgarian airport with base operations. 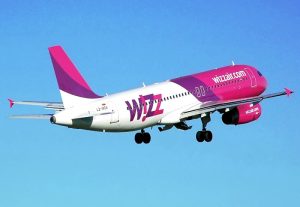 The base establishment represents an investment of $98 million by WIZZ in Varna, creating 36 direct jobs with the airline. The base operations will also contribute to the local economy, supporting jobs in the aviation, transportation, hospitality and tourism industries.

The new aircraft will increase the number of routes served from Varna to seven. The newest WIZZ services will connect Varna with Dortmund and Munich Memmingen in Germany, Eindhoven in The Netherlands, Larnaca in Cyprus and Milan Bergamo in Italy. The frequency of the popular London Luton service will also increase to 10 weekly flights.The Bulgarian WIZZ network now consists of 43 routes, including one domestic service between Sofia and Varna.

The Bulgarian WIZZ network now consists of 43 routes, including one domestic service between Sofia and Varna.

Wizz Air celebrates the announcement of its Varna base with a remarkable 20% off all flights to and from Bulgaria. This massive one-day sale means even greater savings for both Bulgarian customers and visitors to the country. Seats can be booked from just EUR 19.99 / BGN 39.99 until midnight tonight at wizzair.com.