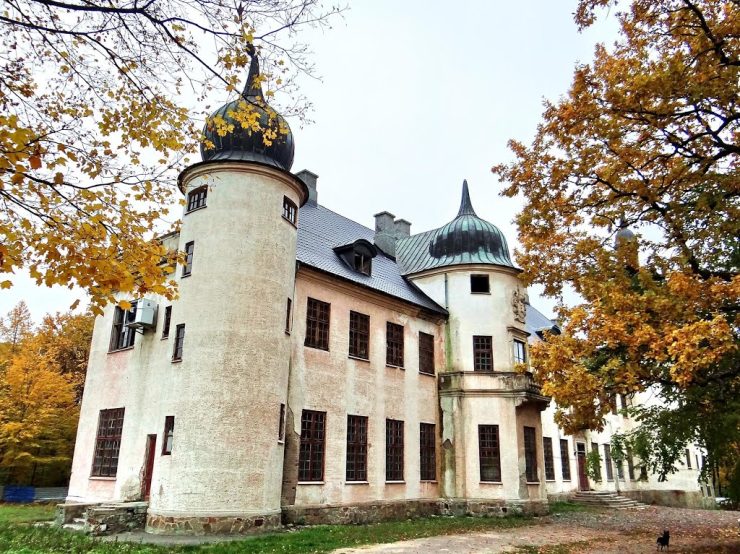 A team of restorers is collecting money to repair the Shuvalov palace in the town of Talne in Cherkasy Oblast. The 19th-century estate participated in the “Great Restoration” program, but funding for the work stopped due to the war.

Last year, experts conducted a study of the Shuvalov Palace as part of the “Great Restoration” program. After the start of a full-scale war, it became clear that the work would not be financed.

Over the past six months, most of the scientific and technological research on the palace interiors and the chemical and technological analysis of more than 300 samples of interior decoration materials were paid for.

As a result, the team received the historical composition of the decoration of each of the rooms of the palace (plaster, primer, painting, etc.): from the walls and ceilings to the ceiling and carpentry (this is an expensive thing, but the palace is worth it and the money paid went to taxes, and taxes – this is both the economy and some help to the Armed Forces of Ukraine).

In the applied direction of work, 46 channels of the furnace and air heating system were cleaned, which allowed the palace to start “breathing”. Areas of preserved wall decoration, the surfaces of historic floor tiles in 3 basement rooms were cleaned from fuel oil and cement, most of the planning structure of the palace, which was changed during Soviet times and during the time of Ukraine’s independence, was restored, about 4.5 tons of garbage were removed (somewhere another 2-3 tons garbage ahead).

In addition, various materials, tools and minimal equipment were purchased little by little. Among them is the tour, which the guys at the Kharkiv plant made for us in one copy about two months ago and sent it to Talne, which now helps with high-altitude works to protect the monument from winter weather.

At the same time, project work on the palace began. Because if it is not continued now, the monument will not last long – too many inappropriate changes have been made in the last 105 years.

Purpose of payment: for oak beams for the palace.