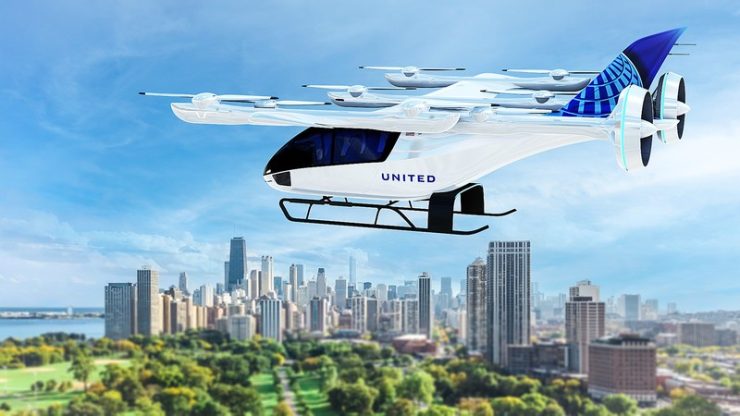 United today announced a $15 million investment in Eve Air Mobility and a conditional purchase agreement for 200 four-seat electric aircraft plus 200 options, expecting the first deliveries as early as 2026. This marks another significant investment from United in flying taxis – or eVTOLs (electric vertical take-off and landing vehicle) – that have the potential to revolutionize the commuter experience in cities around the world. Under the terms of the agreement, the companies intend to work on future projects, including studies on the development, use and application of Eve’s aircraft and the urban air mobility (UAM) ecosystem.

United was the first major U.S. airline to create a corporate venture fund, United Airlines Ventures (UAV), designed to support the company’s 100% green commitment to reach net zero emissions by 2050 without the use of traditional offsets. Through UAV, United has led the industry in investments in eVTOL and electric aircraft, hydrogen fuel cell engines, and sustainable aviation fuel. Last month, United gave a $10 million deposit to a California-based eVTOL company for 100 aircraft.

United’s investment in Eve was driven in part by confidence in the potential growth opportunities in the UAM market and Eve’s unique relationship with Embraer, a trusted aircraft manufacturer with a proven track record of building and certifying aircraft over the company’s 53-year history. Critically, their relationship includes access to Embraer’s service centers, parts warehouses and field service technicians, paving the way for a reliable operation. Upon entry into service, United could have its entire eVTOL fleet serviced by Eve’s agnostic service and support operations. Moreover, United joins the consortium led by Eve, which will simulate UAM operations in Chicago from Sept. 12.

Rather than relying on traditional combustion engines, eVTOL aircraft are designed to use electric motors, providing carbon-free flights and to be used as ‘air taxis’ in urban markets. Eve’s design uses conventional fixed wings, rotors and pushers, giving it a practical and intuitive lift-plus-cruise design, which favors safety, efficiency, reliability and certifiability.

With a range of 60 miles (100 km), its vehicle has the potential not only to offer a sustainable commute but also to reduce noise levels by 90 percent compared to current conventional aircraft. Eve is also creating a new air traffic management solution designed for the UAM industry to scale safely. This software is intended to perform at the same safety level as Embraer’s existing air traffic management software and expected to be a strategic asset to helping the entire industry grow.