With the long-awaited fifth season of The Crown, there are bound to be more gorgeous location shots that make you want to get closer to royalty. Well, why not? The team at Betway have looked at some stunning The Crown filming locations from previous seasons of The Crown and figured out how much it would cost to stay there, so your royal dream can become a reality.

Belvoir Castle, Grantham – From £80 per night

In The Crown, several interior rooms of the castle were used to replicate Windsor Castle, further highlighting Belvoir’s royal-worthy design and build. There are a range of festive events coming up at Belvoir Castle, so you can explore these lavish interior rooms for yourselves. 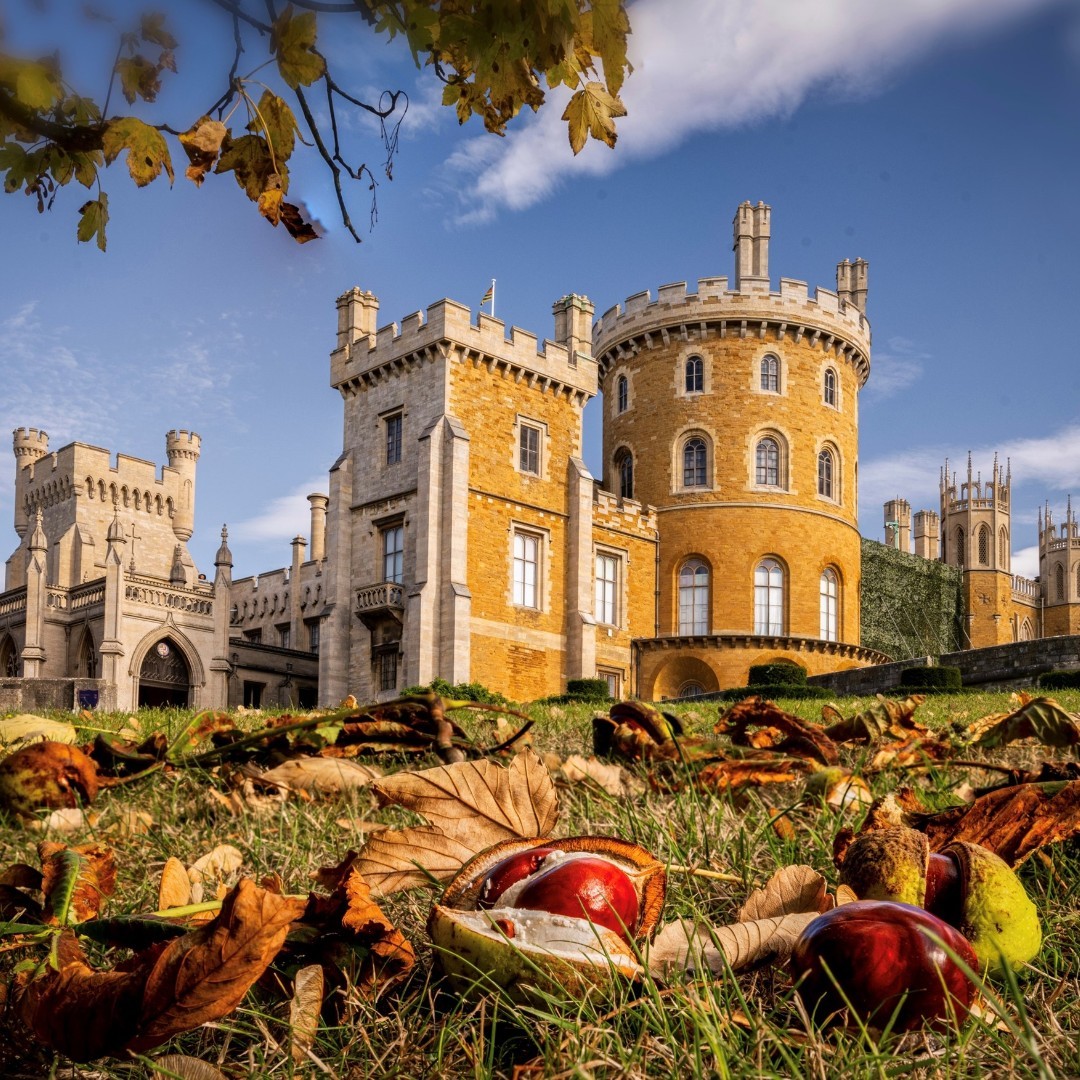 Unfortunately, Belvoir Castle doesn’t allow visitors to stay overnight. However, there are a range of beautiful country cottages and hotels less than a mile away, starting at around £80 per night, within the vast castle’s shadow. Surrounding this area is beautiful countryside that stretches for miles – a landscape anyone can appreciate.

Ely Cathedral, Cambridge – From £79 per night

17 miles north of Cambridge stands the historic riverside town of Ely, towered by the grand Ely Cathedral. There are hotels, cottages and plenty of places to stay merely yards away from the splendour of Ely Cathedral, from as little as £70 per night.

This magnificent Norman structure in the beautiful town of Ely stood in for Westminster Abbey on the wedding day of Queen Elizabeth and Prince Phillip in The Crown. It has also starred in The Other Boleyn Girl, Elizabeth: The Golden Age, and The King’s Speech.

This iconic Thameside estate has five centuries of rich history linking an incredible cast of monarchs and famous British figures. In the heart of Greenwich, this magnificent building is truly a sight to behold, with an array of events and things to do and see at the college. There are hotels within a five minute walk, too. 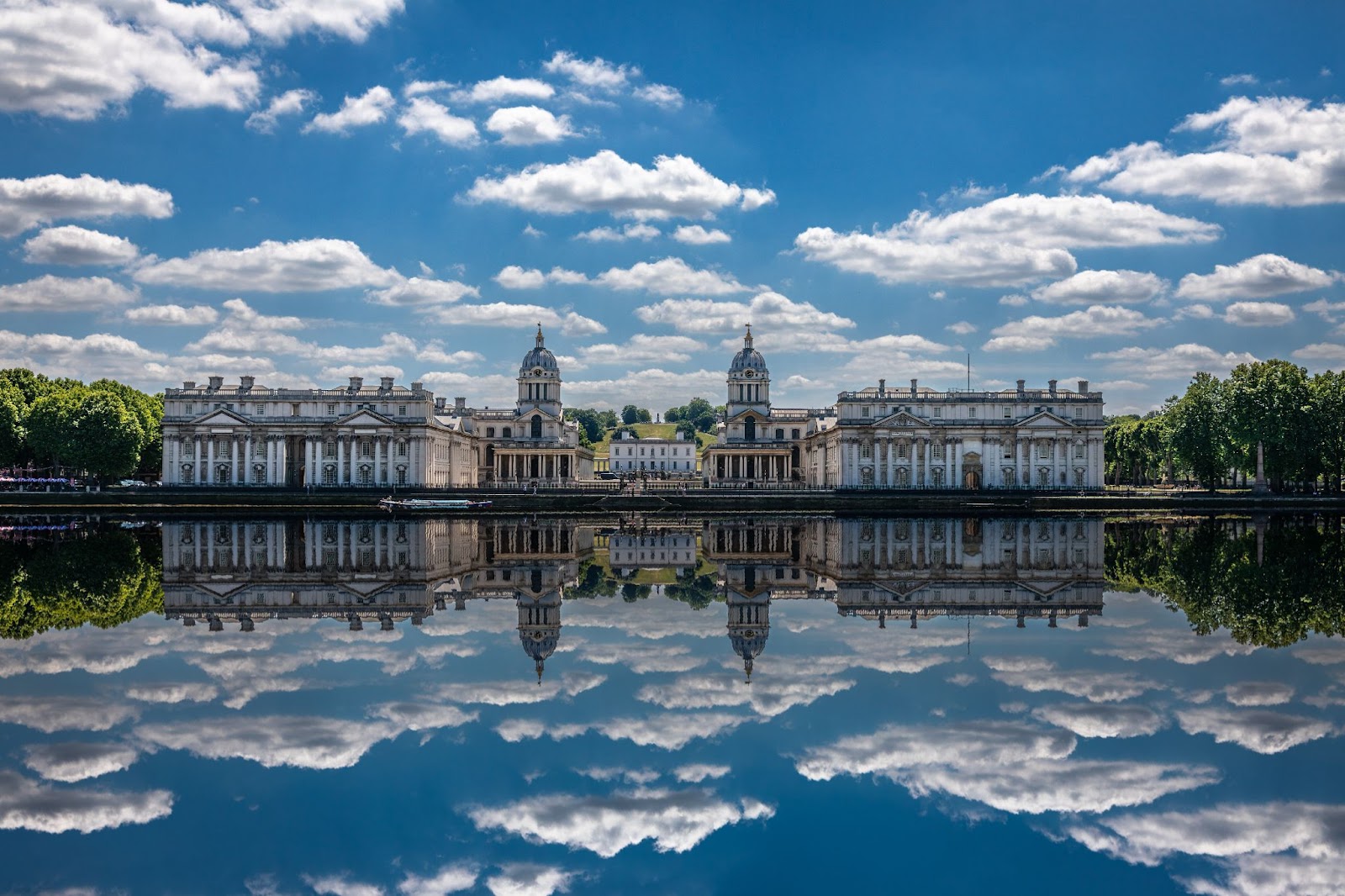 With Buckingham Palace itself being unavailable as a filming location, the Old Royal Naval College was used as another substitute, with many exterior shots being filmed here. It’s one of London’s most popular filming locations, with Les Miserables and Pirates of the Caribbean also being shot here.

Northern Quarter, Manchester – From £45 per night

In the heart of Manchester lies the Northern Quarter – a quirky area in the city, home to Manchester’s finest vintage shops, cafes and bars. The area contains a plethora of hotels and reasonably priced places to stay, overlooking the stunning architecture throughout the area.

Regularly used as a fill-in for the Big Apple, Manchester’s quirky Northern Quarter was transformed into New York for several scenes in The Crown season four, focusing on Princess Diana’s solo trip to the city in 1989.

Winchester Cathedral, Winchester – From £60 per night

First built in 1093 before being redesigned in a striking Gothic style, Winchester Cathedral is one of Europe’s finest cathedrals, and is also the resting place of Jane Austen. The area is surrounded by places to stay, with the cathedral towering above for a stunning view.

The location was used in season four, for the highly publicised wedding of Lady Diana to Prince Charles. When the real-life setting of St Paul’s Cathedral was unavailable, the interiors of Winchester Cathedral were used as a substitute filming location.

Hatfield House, Hertfordshire – From £62 per night

This grand estate was the childhood home of Henry VIII’s children; all three were raised in the Old Palace, a medieval masterpiece dating back to 1485. It was here where Elizabeth I was told of her accession to the throne, making it a fitting place to use in filming for The Crown. 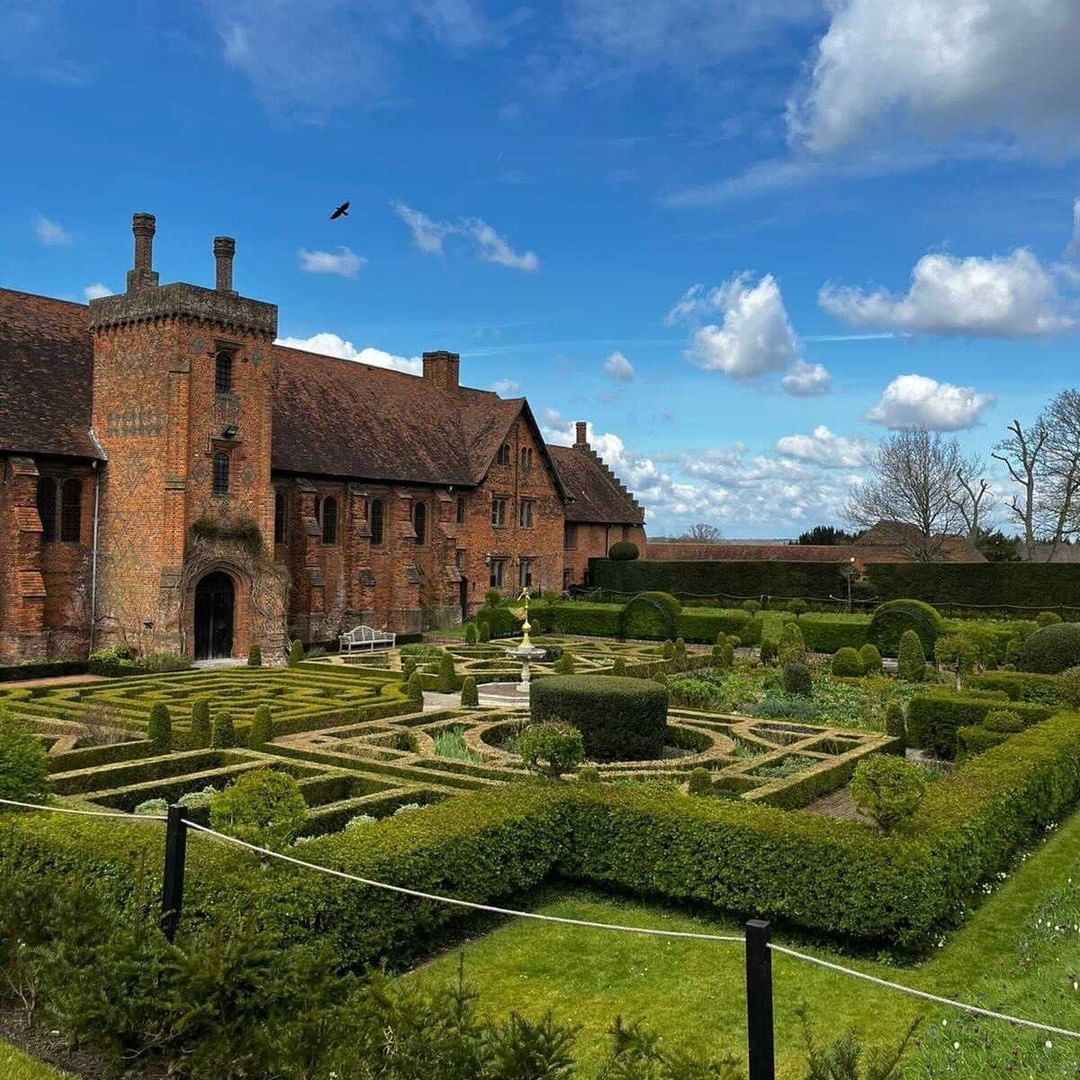 With places a stay around a mile away from Hatfield House in the surrounding countryside, it’s a beautiful spot to visit. In The Crown, Hatfield House is used as the home of Queen Mary, Elizabeth’s widowed grandmother. 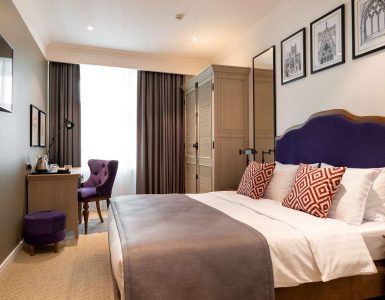 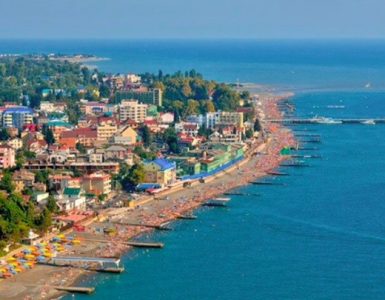 In Lviv, a working meeting was held with representatives of the hotel business of the Lviv region regarding the implementation of the “Diia” application in their establishments. Working with digital...