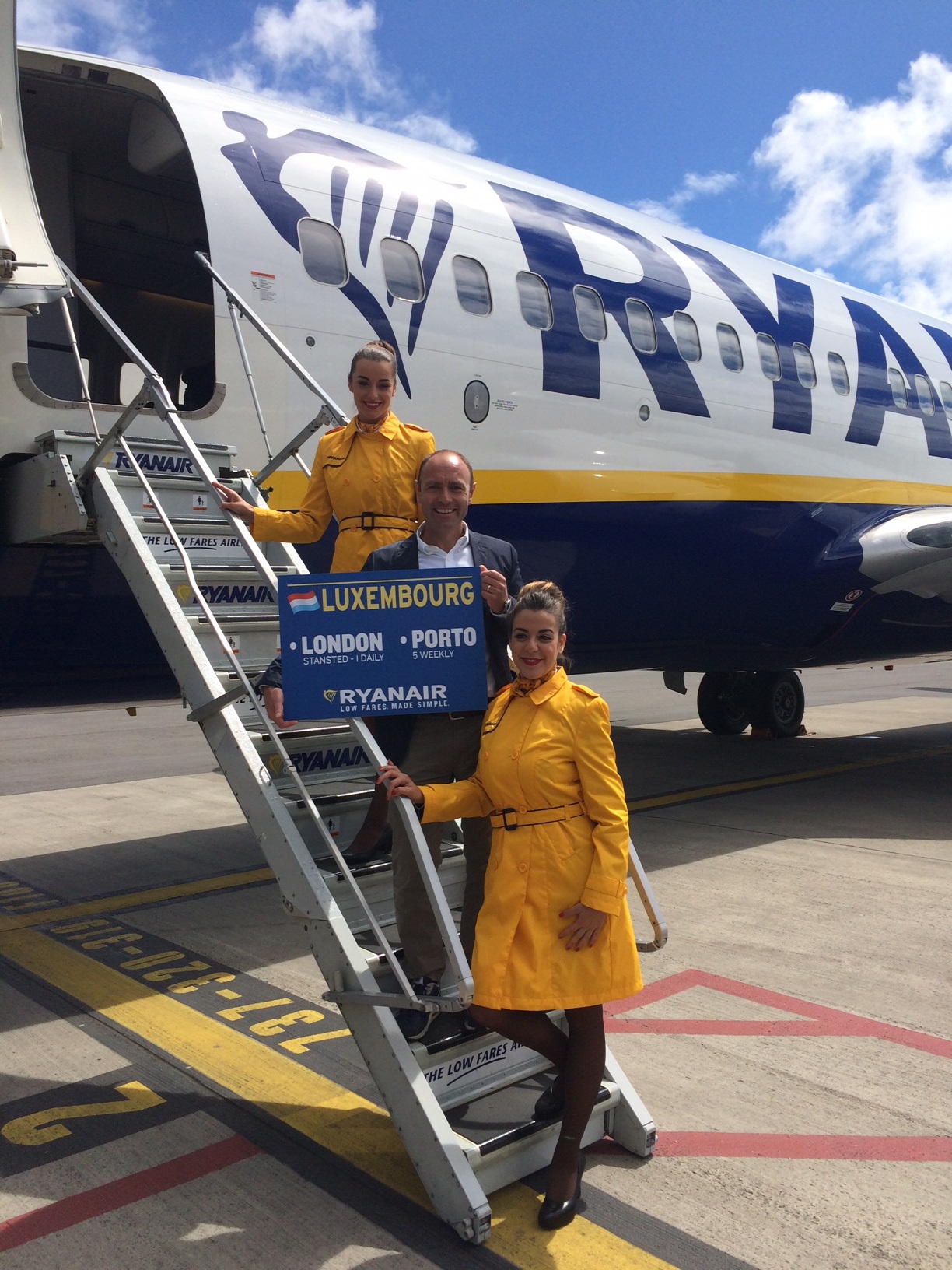 Ryanair celebrated its new Luxembourg flights by releasing seats for sale at prices starting from just €19.99 for travel in September, which are available for booking until midnight Monday (23 May).

“Ryanair is pleased to announce that low fares have arrived in Luxembourg, our 33rd country of operation, with 2 new routes to London Stansted and Porto, beginning in September, which will help deliver 200,000 annual customers at Luxembourg Airport. Our London and Porto routes will be ideal for both business and leisure customers, who can enjoy the benefits of Ryanair’s “Always Getting Better” programme, which includes more new routes, new digital features, new cabin interiors and even more low fares.

To celebrate our new Luxembourg routes, we are releasing seats to London Stansted and Porto from just €19.99 for travel in September, which are available for booking until midnight Monday (23 May). Since these amazing low prices will be snapped up quickly, customers should log onto www.ryanair.com and avoid missing out.”

“There has been a lot of speculation about the arrival of Ryanair at Luxembourg Airport; now we can finally confirm the airline has decided to serve Luxembourg. 2016 is becoming a very successful year for our airport and Ryanair is the 5th new airline to decide to fly from Luxembourg this year. Passengers now have a very wide choice of 70 destinations served directly by a selection of full service airlines and low fare airlines.”