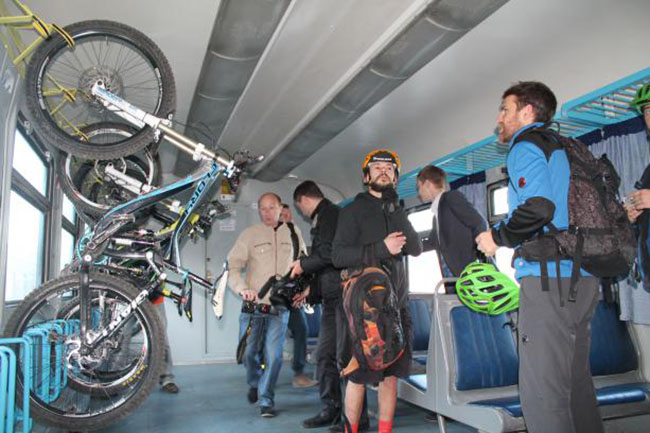 During first experimental month from May 21 to June 21, 2016, 1,096 passengers with bicycles used this service. Railway states the high level of interest in this service and continue to experiment. Bike Cars are equipped with multiple stalls that are designed to hold bikes.

Now considering the demand for the offer and continuing to improve the system of providing such services, “Lviv Railway” provided suggestions to “Ukrzaliznytsia” regarding pricing for such trips. During the pilot cruising of Bike Cars ticket price was about 5 UAH.

Austrian Airlines to Resume Flights to Lviv and Odesa