ACI EUROPE (Airport Council International) has recently published its new report on the status of passenger traffic in Europe, in which the organization has analyzed the data for 2016.

In the aforementioned document specialists point out that world events had a significant impact on aviation in the past year, and in some cases reduced the level of passenger traffic. However, despite the obvious negative circumstances, Ukraine was able to demonstrate impressive growth. ACI EUROPE has also created the annual ranking of European airports that have shown the greatest increase in passenger traffic, and Kharkiv International Airport was the only representative of our country in it. The airport was included in the 4th group (airports with passenger traffic of less than 5 million people a year), and same as with Palanga airport (Lithuania) Kharkiv showed an increase of + 60.1% compared with the previous 2015.

Inclusion in such a prestigious international ranking is a worthy result of the hard work done by Kharkiv International Airport as well as an incentive to achieve greater and more sustainable results in the future. 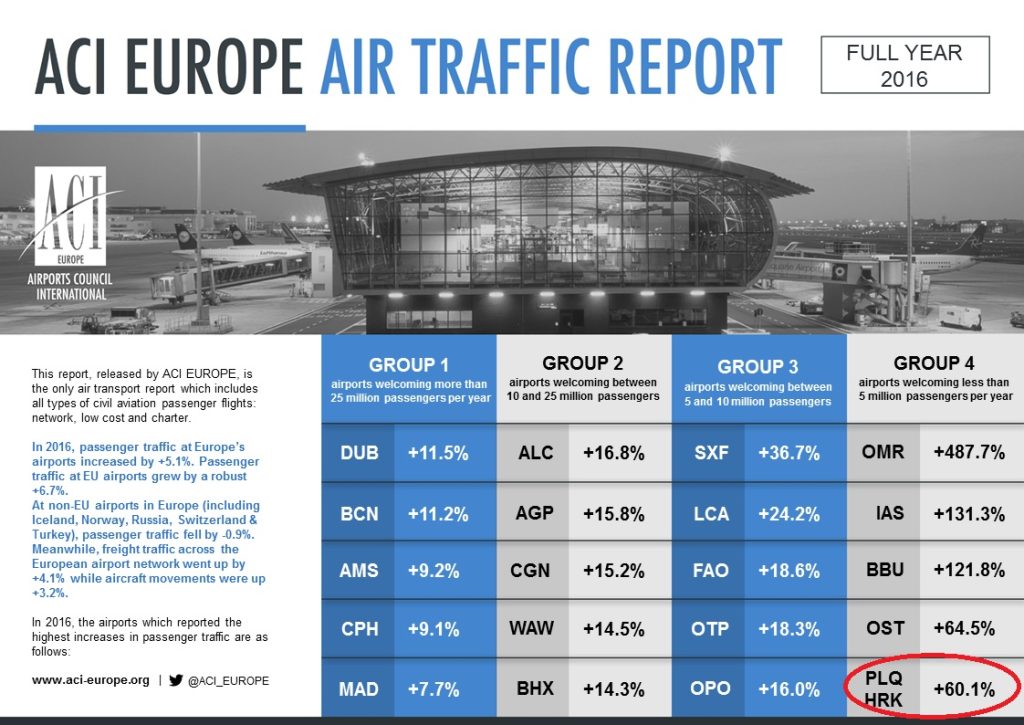