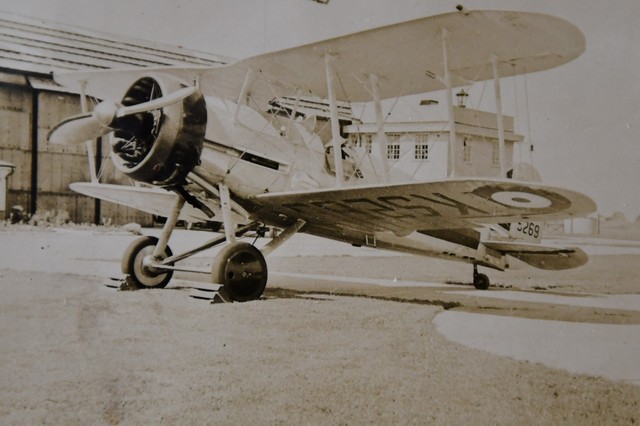 To mark the 100th anniversary of the Royal Air Force, Heathrow has released never seen before images of hangars, aircraft and engineers at what was formerly known as ‘Heath Row Aerodrome’.

The release celebrates what is set to be an historic day for the Royal Air Force as the service’s 100th anniversary celebrations come to a head across greater London. Up to 100 aircraft  will create a once-in-a-lifetime display across the skies of London and Heathrow, before exiting their formations and returning to base. The event is particularly special for Heathrow as the airport originated in 1929 as a small airfield, Great West Aerodrome, on land south-east of the hamlet of Heath Row from which the airport takes its name.

Development of Heathrow began in 1944 as a long-distance military aircraft base for the RAF, holding aircraft bound for the Far East. By the time the airfield was nearing completion, World War II had ended and the airport was no longer required as a defence base. Beginning with RAF roots, the government continued to develop Heathrow as a civil airport opening as London Airport in 1946 and was renamed Heathrow Airport in 1966.

Today, publisher St James’s House is also hosting a book presentation for the commemorative album that it has produced in association with the RAF100 Appeal, entitled 100 Years of the RAF. Heathrow has a double page in the book, sharing the rich history of Europe’s largest international airport, its connections to the royal family and the hubs vision for the future.

Tens of thousands of spectators are expected to fill the Royal Parks and the Mall as 100 RAF aircraft from the past century come together in a flypast over Buckingham Palace. Heathrow has worked closely with the RAF team as many of the aircraft will fly directly over the airport, a nod to the origins of the UK’s only hub airport.

This will be the first time since the Second World War victory celebrations of 1946 that such a vast number of aircraft have gathered over London, and the event, which will be broadcast live on the BBC, is expected to be the highlight of the RAF100 celebrations. Heathrow’s operations will be paused for 20 minutes to manage the fly past.