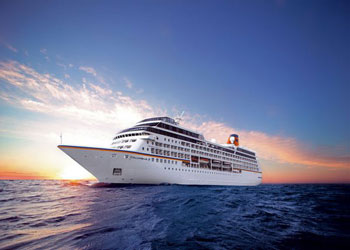 German cruise Hapag Lloyd is the first liner to visit Odessa this season. Hapag Lloyd’s liner arrived in Istanbul on 6 May and went on a Black Sea cruise. Liner will arrive to Odessa on May 12, 6:00 am, after visiting the Bulgarian Nesebar and Russian Sochi.

The Most Common Cruise Ship Injuries