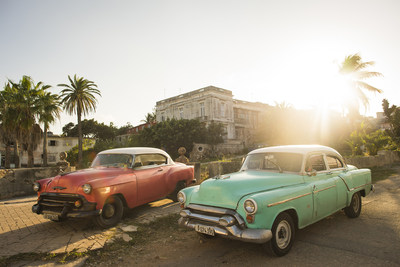 In line with its growth strategy, Finnair has announced that it is expanding for the winter 2017–2018 season with new scheduled flights.

Between 19 November 2017 and 18 March 2018, Finnair will fly a new scheduled weekly flight to Puerto Vallarta, Mexico. The flight will be operated on Sundays with Finnair’s new A350 aircraft.

Between 30 November 2017 and 22 March 2018, Finnair will fly a new scheduled weekly flight to Puerto Plata in the Dominican Republic. The flight will be operated on Thursdays with an A330 aircraft.

Between 1 December 2017 and 23 March 2018, Finnair will fly two weekly scheduled flights to Havana, Cuba. The flights will be operated on Mondays and Fridays with an A350 aircraft.

Between 29 November 2017 and 21 March 2018, Finnair will fly two weekly fights to the city of Goa in India. In addition, Finnair will add a weekly frequency on its Delhi route, flying six times a week to the Indian capital during the winter season.

Finnair will also add capacity to Thailand during the winter 2017–2018 season. Two additional weekly frequencies will be added to the Bangkok route, bringing the total number of flights between Helsinki and Bangkok to 16 weekly. Finnair will also adjust its schedule to offer a late evening flight between both cities giving additional flexibility for travelers. Flights schedules for the Krabi and Phuket routes for winter 2017–2018 have also been adjusted in order to enable more efficient connections for passengers flying from the Baltic and Scandinavian countries.