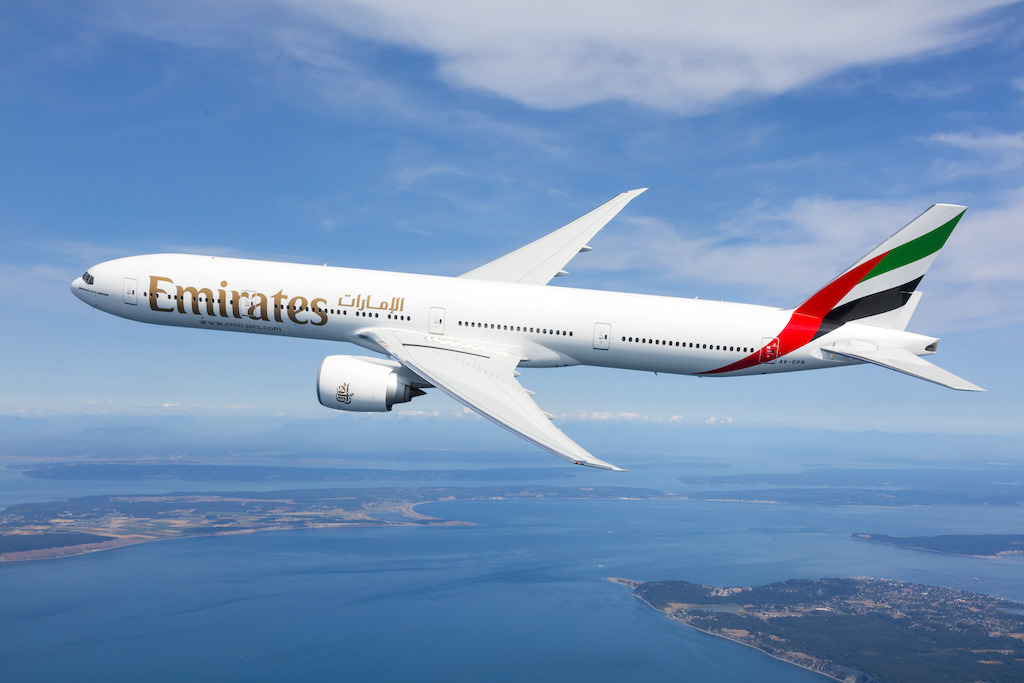 Emirates today confirmed that its first two Boeing 777-300ER aircraft fitted with its soon-to-launch First Class product will operate from Dubai to the airline’s Belgian and Swiss destinations starting from 1st December 2017.

Prior to entering commercial service, the first Emirates aircraft to feature the new private suites will be on display at the Dubai Airshow between 12th and 16th November, following a product reveal on the first day of the show.

Operating one of the two daily flights from Dubai to Geneva, travellers can enjoy the new product on flight EK083 departing Dubai at 1450hrs, arriving in Geneva at 1855hrs. The return flight EK084 leaves Geneva at 2040hrs, arriving back at Dubai International Airport at 0605hrs the following day.

Emirates is the world’s largest operator of Boeing 777 aircraft including freighters, flying 165 of these modern and efficient wide-body aircraft to six continents from its hub in Dubai.

Emirates’ products and services across cabin classes are continually improved and enhanced following feedback from customers. The airline pioneered the private suite concept on commercial flights in 2003, establishing a new standard for First Class travel.

Emirates has a track record of successful innovations that have raised the bar for the industry in terms of inflight customer experience since its launch in 1985. Its fleet of Boeing 777 and Airbus A380s boasts unparalleled entertainment on demand in all classes with its award-winning ice system, and inflight connectivity through in-seat text, email and telephone services, as well as mobile and wi-fi services.