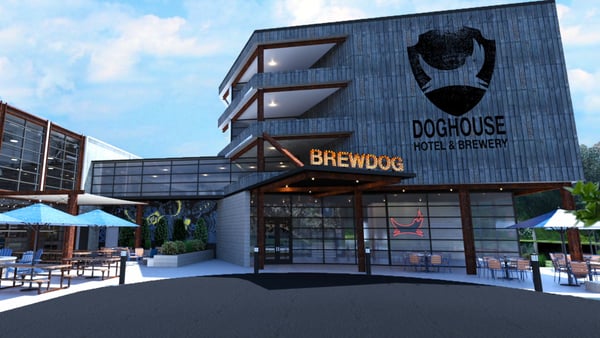 Independent craft brewer, BrewDog, has announced plans to build the world’s first craft beer hotel, and will launch an immersive craft beer hotel & brewery expansion at the brewery’s headquarters in Aberdeenshire, Scotland. The DogHouse, as the hotel will be called, is scheduled to welcome guests in the first half of 2019.