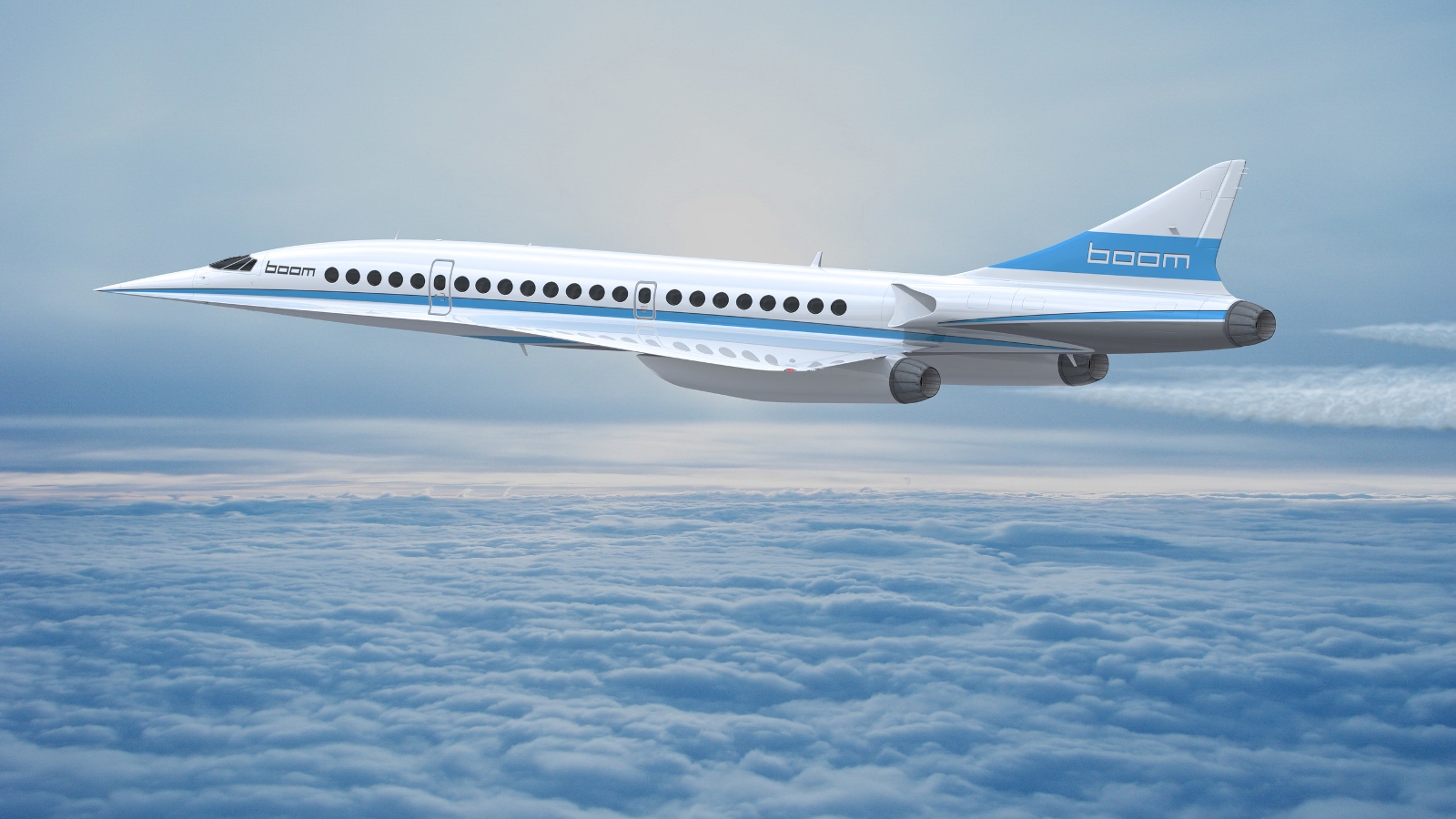 Boom Technology today unveiled the XB-1 Supersonic Demonstrator, a subscale prototype of the Boom supersonic passenger airliner. On display for the first time ever at Boom’s Hangar 14 at Centennial Airport, the XB-1, nicknamed “Baby Boom,” will be unveiled this evening at an exclusive VIP event for airline and aerospace executives and media. The XB-1 is the world’s fastest civil aircraft ever made, and it will demonstrate in flight the key technologies for affordable supersonic travel. 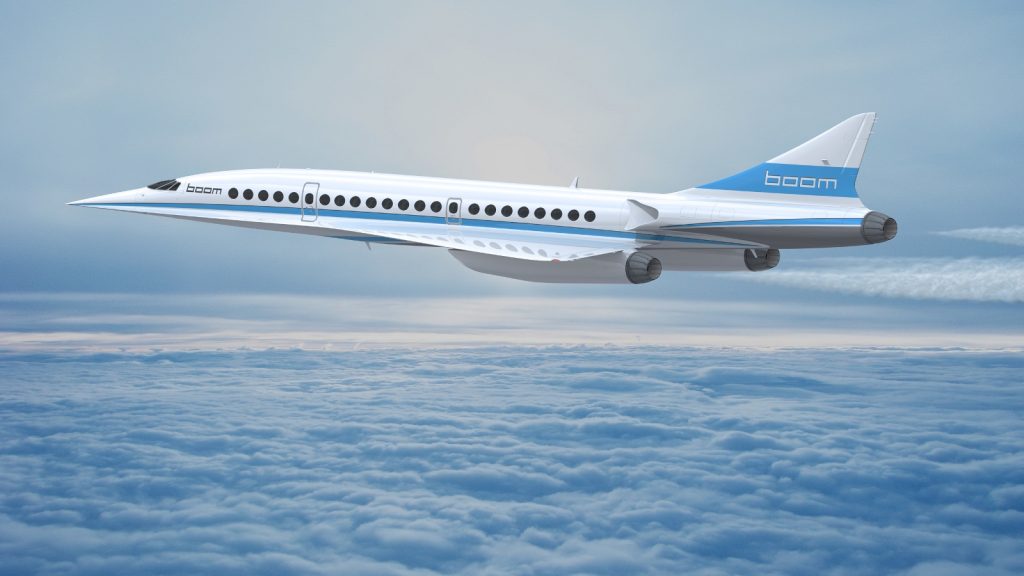 “60 years after the dawn of the jet age, we’re still flying at 1960s speeds,” said Blake Scholl, chief executive officer and founder of Boom. “Concorde’s designers didn’t have the technology for affordable supersonic travel, but now we do. Today, we’re proud to unveil our first aircraft as we look forward to first flight late next year.”

First flight of the XB-1 is planned for late 2017. Subsonic flight test will be conducted east of Denver; supersonic test flights will be conducted near Edwards Air Force Base in Southern California, in partnership with Virgin Galactic’s The Spaceship Company. The XB-1 is a technically representative ⅓-scale version of the production Boom airliner.

“I have long been passionate about aerospace innovation and the development of high-speed commercial flights,” said Richard Branson, founder of Virgin Group. “As an innovator in the space, Virgin Galactic’s decision to work with Boom was an easy one. We’re excited to have an option on Boom’s first 10 airframes. Through Virgin Galactic’s manufacturing arm, The Spaceship Company, we will provide engineering and manufacturing services, along with flight test support and operations as part of our shared ambitions.”

“The Boom airliner will be a core part of the intercontinental airline fleet,” said Mike Boyd, Boyd Group International. “Travelers are hungry for faster flights and airlines will be excited for a differentiated and profitable option for their premium travelers.” 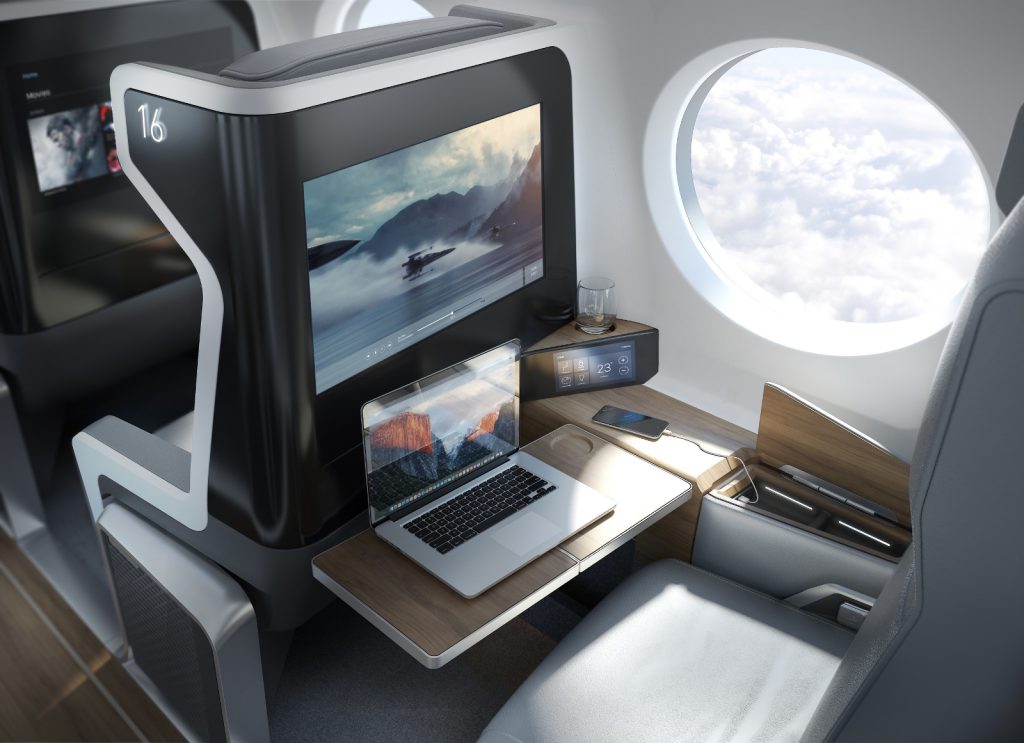 “At Honeywell, we are inspired by Boom’s vision of affordable supersonic travel. Honeywell is working closely with Boom on products ranging from avionics to air data in support of Boom’s supersonic airliner and to fly on the the XB-1 demonstrator,” said Carl Esposito, Vice President of Marketing and Product Management at Honeywell Aerospace.

Formerly of NASA, SpaceX and Boeing, Boom brought together the top minds in aviation to build its modern supersonic passenger airliner. Learning from the Concorde, they combined advanced aerodynamics, efficient engine technology and new composite materials to power a safe and affordable supersonic aircraft 2.6x faster than current jetliners.