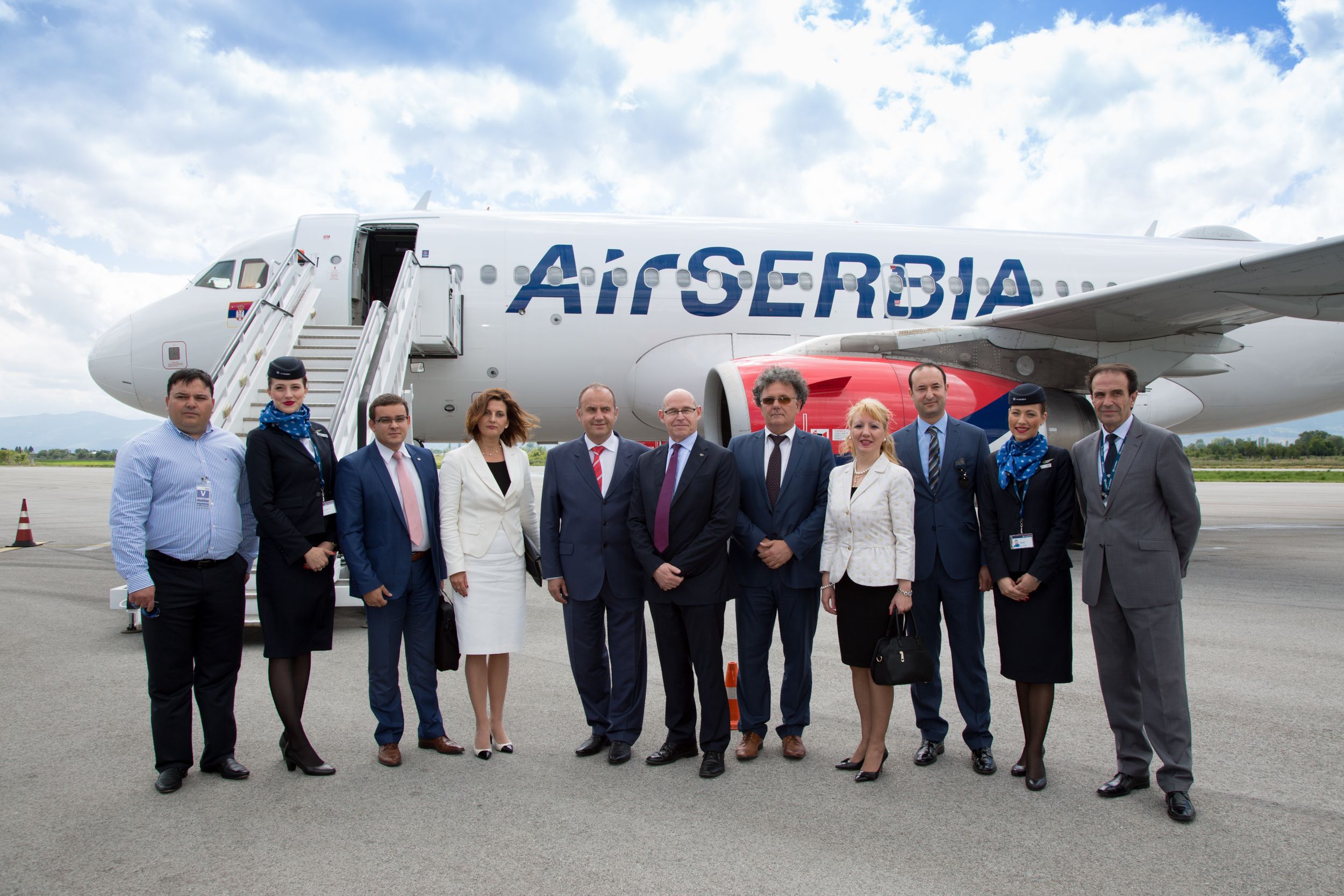 Air Serbia has widened its network reach in Macedonia with the launch of its new three-times-a-week service to Ohrid. 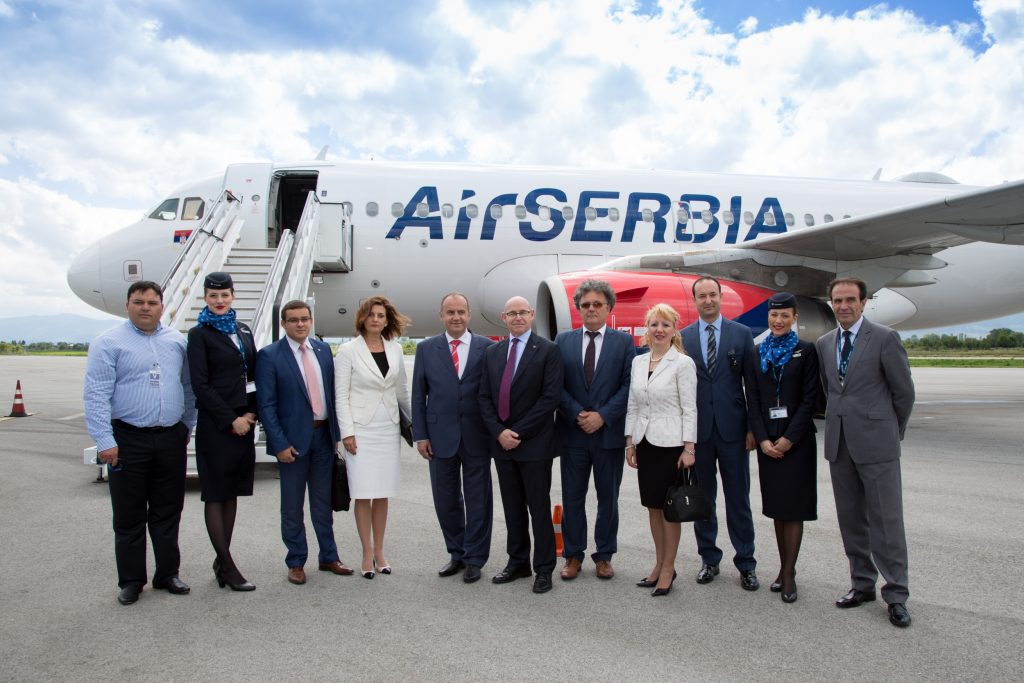 The maiden flight to Ohrid, which lies on the banks of a pristine lake of the same name, took off from Belgrade at 1.25 pm and landed at St. Paul the Apostle Airport at 2.45 pm, where it was greeted by a water cannon salute.

On board the aircraft was a group of airline representatives headed by Michael Youlten, general manager services of Air Serbia, who was warmly welcomed by a delegation of tourism and government officials.

The new flight will be operated on Monday, Wednesday and Friday using an ATR 72-series turboprop aircraft with 66 seats.

Dane Kondic, Chief Executive Officer of Air Serbia said: “Ohrid is a fantastic addition to our flight network and a popular drawcard for holidaymakers with its scenic lake and water sports, fishing and boating trips.

“The town attracts leisure travellers from across Southeast Europe, who can now take advantage of our convenient connecting flights over Belgrade to experience its many attractions.

“We know air travellers are looking forward to our Ohrid service, and are thrilled to make this fascinating town, which is said to have had 365 churches, one for every day of the year, more accessible.

“Tourism is fundamental to our growth as an airline, and we will continue to evaluate opportunities to establish air services to summer hot spots.”

Ohrid is situated on the north-western banks of Lake Ohrid, one of Europe’s oldest and deepest lakes, with more than 200 endemic species. The lake was declared a UNESCO World Heritage Site in 1979 and attracts thousands of tourists every year.

In addition to flying to Ohrid, Air Serbia operates a daily service to Skopje, the capital of Macedonia and its cultural and economic centre.