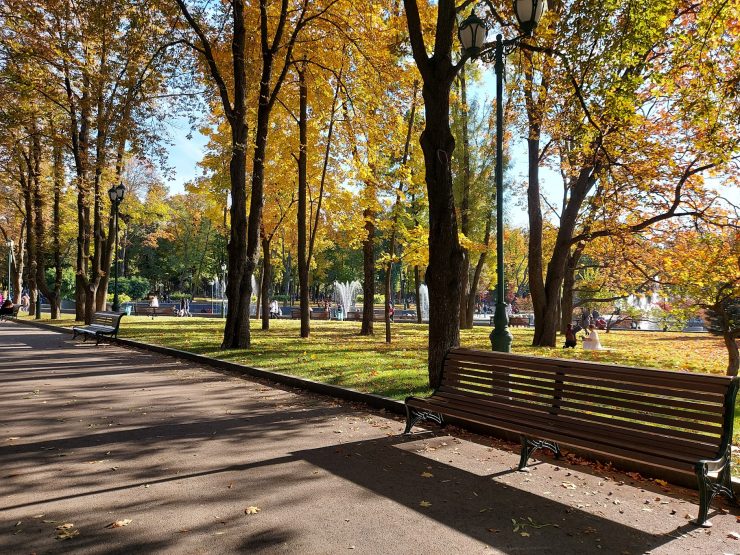 Since the escalation of the war in Ukraine, some 234,000 Ukrainian Refugees were able to use protection and support services provided by 36 Blue Dot Hubs established by UNHCR, the UN Refugee Agency, and UNICEF, the UN Children’s Fund, across seven countries.

The “Blue Dot Hubs” are one-stop safe spaces equipped to provide information, counselling, mental health and psychosocial support, legal aid and protection services for refugees. The Blue Dot Hubs aim to assist all refugees, with a specific focus on children, people with disabilities or medical needs, older people, people who might have been trafficked, survivors of violence and refugees from the LGBTQI+ community.

Those with specific needs or who are particularly vulnerable can be identified and referred to specialized services.  Critically, the Blue Dots also serve to identify and support unaccompanied and separated children travelling alone, as well as provide for informal education and early childhood care for children on the move.

“The international armed conflict in Ukraine has created a protection crisis for women, children and those most vulnerable, who account for the vast majority of those fleeing from Ukraine,” said Pascale Moreau, Regional Refugee Coordinator for the Ukraine Situation. “Blue Dot Hubs, aimed at supporting community centres and efforts at the municipal level, play a key role in identifying and providing support to women, children, people with disabilities and other vulnerable people, who we know face greater risks of gender-based violence, trafficking, abuse, psychological distress and family separation.”

As millions of people fled Ukraine since February this year, UNHCR and UNICEF rapidly established the Blue Dot Hubs at major crossing points, along transit routes and in urban areas in neighbouring countries that have received refugees. These include train stations, border points, cash assistance enrolment centres, refugee accommodation centres and community centres. To date, 36 Blue Dot Hubs have been established in Bulgaria, Hungary, Italy, Moldova, Poland, Romania and Slovakia, complementing the work of governments and other partners in supporting refugees.

“An estimated 7.1 million Ukrainians, most of them women and children, are refugees in Europe,” said Afshan Khan, UNICEF Regional Director for Europe and Central Asia. “Blue Dot Hubs have been a vital extension of services provided by the host governments in identifying and referring the most vulnerable to national systems for care and protection. However, our work does not stop there. Ukraine’s refugee children face multiple challenges and need continued access to learning, social protection, healthcare and other essential services. Expanding access to these services through the new digital Blue Dots platform, which consolidates information and service referral under one inclusive umbrella, will enable us to continue reaching those most in need with relevant and timely support.”

As many refugees from Ukraine continue to flee the country or remain on the move and are largely reliant on information from social media and other online sources to make decisions about where and how to travel, where to settle down, and how to access services, UNHCR and UNICEF have also launched a “Digital Blue Dot”, www.bluedothub.org.

This digital platform complements the physical Blue Dots Hubs, providing refugees with access to updated, accurate and localized information on their mobile phones, including on rights and entitlements, key social services and providers and how to access them, and how to stay safe.

The Digital Blue Dot is mobile and tablet friendly, continuously updated and available in key languages, including Ukrainian and Russian.