Having the title of “the carrier that flies to the most countries in the World” with 295 destinations in 119 countries, Turkish Airlines now adds Kharkiv, the second largest city in Ukraine, to its extensive flight network as from 30th March 2017. 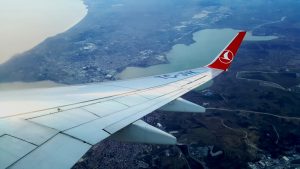 Beginning from March 30th, Kharkiv flights will be operated 4 times weekly on Mondays, Wednesdays, Thursdays and Sundays. This figure will increase to 7 times per week as of May 30th.

Round trip fares are available from Istanbul to Kharkiv starting from 109 US Dollars (including taxes and fees).

Additionally, for the first 6 months of operation to the new destinations, there is a special offer for Miles&Smiles members, with a 25% reduction in the miles needed to redeem either award tickets or upgrades.

All times are in LMT.