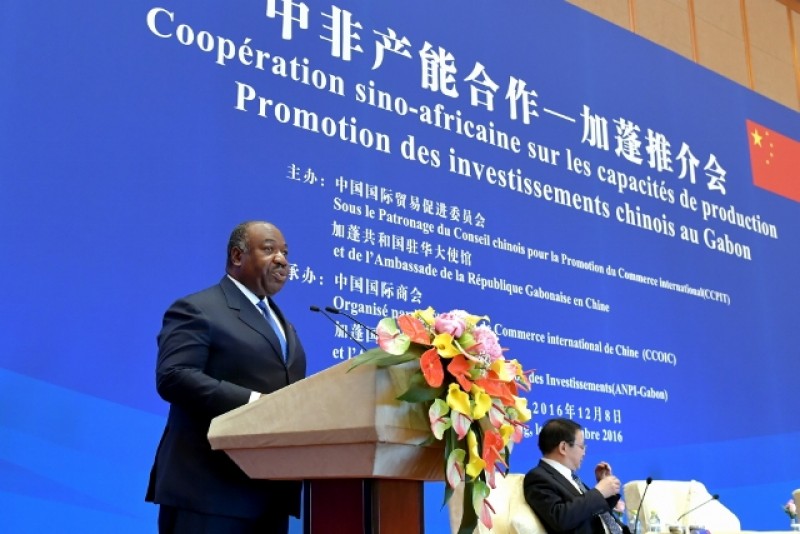 The President of the Gabonese Republic, His Excellency Ali Bongo Ondimba (www.Presidence-Gabon.ga), has completed a state visit to the People’s Republic of China, from 6 to 9 December 2016, at the invitation of the Chinese President, His Excellency Xi Jinping. During the trip – Mr Bongo Ondimba’s first outside of Africa following his reelection and also within the bilateral framework – the two heads of state discussed how to raise Chinese-Gabonese relations to the rank of ‘comprehensive collaborative partnership’. This ambition was confirmed during discussions with the Premier of the State Council, Li Keqiang, and the Chairman of the Standing Committee of the National People’s Congress, Zhang Dejiang. 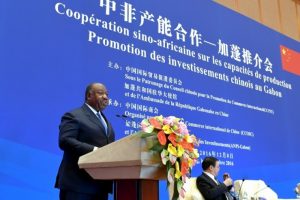 The agreements signed by the Gabonese and Chinese governments and the respective investment promotion organisations, ANPI and CCPIT, testify to the reality of the “boost” hoped for by Ali Bongo Ondimba. The time has come for Africa and Asia to see private investment flows accompany public initiatives. China, the world’s second largest economic power, enjoys a presence in Gabon through around 30 companies. It has seen the volume of these trade exchanges increase five-fold in the last eight years to $1.77 billion. China is Gabon’s third largest supplier, representing 8.6% of its import volume, and its top client, accounting for 14.2% of its exports.

At a gathering of more than 300 businessmen and women who came to celebrate Chinese-Gabonese cooperation with the backing of the China Council for the Promotion of International Trade (CCPIT) and the Ambassador of the Gabonese Republic in China, the President of the Gabonese Republic confirmed “the full disposition of Gabon to accommodate direct Chinese investments in agriculture, tourism, industry and banking, among other sectors. With regards to the mining sector, Gabon has two large projects, Belinga and Maboumine. Specifically regarding Belinga, where iron reserves are estimated at more than one billion tonnes, Gabon is seeking outstanding financial and technical Chinese partners for this large-scale project. The same is true for the polymetallic deposit of Maboumine, where the consortium comprised of the State of Gabon and the Eramet Group is looking for Chinese partners to help accelerate its operation. In terms of tourism, I am hoping to boost tourism exchanges between our countries. In this regard, I reaffirm to you my strong desire to see our governments reach an air transport agreement. I also invite Chinese banks to set up operations in Gabon or to acquire shares in existing banks.”

The President of the Gabonese Republic concluded the state visit in Guangdong Province, which thanks to its special economic zones, has the 15th highest GDP in the world. During a direct exchange with Governer Zhu Xiaodan, the President invited Chinese businesses to come and work in Gabon, in particular in the local processing of raw materials, and reiterated the willingess of Gabon to accommodate a special economic zone dedicated to Chinese businesses.