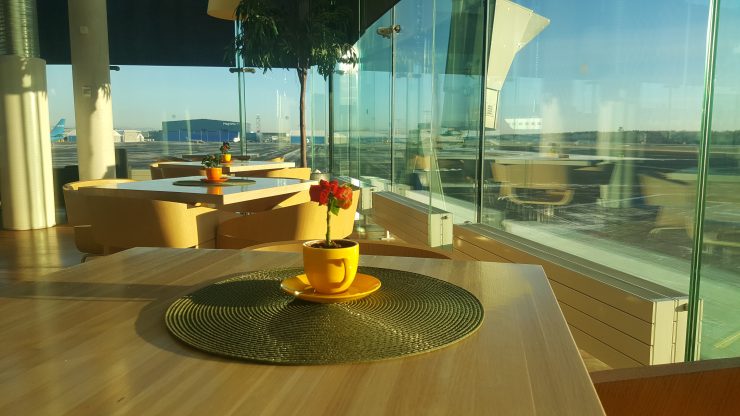 Tallinn Airport celebrated its 86th birthday with the opening of its newly completed solar park, the seventh of its kind. By the end of the year, Tallinn Airport will have solar parks with a total capacity of 4.14 MW in operation. In June, which was the best month in terms of productivity, 23% of the electricity consumed was generated by parks in operation at that time.

Tallinn Airport constantly monitors its CO₂ emissions into the air, and since the airport’s infrastructures are open 24/7 and need to be well lit, electricity accounts for the largest share of emissions. “As electricity consumption accounts for the vast majority of our carbon emissions, it also requires the most attention, which is why establishing solar parks is important to us. We also consider it important to enhance the value of the airport land, and as it is not possible to build large buildings everywhere for safety reasons, we have put these areas to work for the green transition,” Tuvike explained.

Tallinn Airport has invested in the green transition across Estonia. “Between 2020-2021, we invested more than EUR 1 million in the construction of solar parks alone, and this year we are investing almost EUR 2 million in green energy in Tallinn. Our regional airports will also switch to green energy, where we plan to invest an additional €1.7 million this year and next year. By 2030, we will already be generating more electricity than we consume,” Tuvike said, recalling the point he made at the Green Forum in spring that companies that have not reduced their environmental impact by 2030 will no longer be in competition.

It is precisely in order to remain competitive, and to lead the way and set an example in the transport sector regarding green issues, that the company has made it a priority to continue green investments, despite the crises of recent years.

In addition to switching to renewable energy and ensuring energy efficiency, the airport’s technical fleet is renewed as more and more electricity and battery-powered equipment is taken into use. “In the future, all aircraft and passenger service vehicles moving on the airport’s territory will be powered by electricity, but also likely powered by hydrogen. Already today, we use electric aircraft tugs and loaders, and our employees also use electric scooters to move around the airport,” Tuvike said, outlining the airport’s environmental goals. “In addition to air, water is also important – the airport is located on the shore of Lake Ülemiste, and the water flows directly into Tallinn Bay from the sewage hatches on the premises, so we take care every day to prevent pollution from our operations and thereby maintain the cleanliness of water bodies and groundwater.”