Qatar Airways’ first ever passenger flight to Portugal landed at Lisbon Airport on Monday 24 June 2019, as the airline adds to its rapidly expanding European network. Operated by a Boeing 787 Dreamliner aircraft, flight QR343 was greeted with a water cannon salute on arrival.

Present on board the inaugural flight to Lisbon was the Portuguese Ambassador to Qatar, H.E Mr. Ricardo Pracana, and Qatar Airways Chief Commercial Officer, Mr. Simon Talling-Smith. They were met by VIPs including the Qatari Ambassador to Portugal, H.E. Mr. Saad Ali Al-Muhannadi and the Chief Executive of Aeroportos de Portugal Mr. Thierry Ligonnière.

Qatar Airways Group Chief Executive, His Excellency Mr. Akbar Al Baker, said: “We are delighted to launch direct services to Lisbon, the latest addition to Qatar Airways’ rapidly expanding European network. Lisbon is renowned for its extensive history and culture, boasting a rich artistic and gastronomic heritage. We look forward to welcoming business and leisure travellers alike on board so that they may experience this vibrant destination, one of the oldest capitals in Western Europe. The new route confirms our commitment to the Portuguese market and will provide passengers travelling from Lisbon access to Qatar Airways’ extensive global route network of more than 160 destinations around the world.”

The new daily direct services to Lisbon will be operated by the airline’s state-of-the-art Boeing 787 Dreamliner, with 22 seats in Business Class and 232 seats in Economy Class. Qatar Airways passengers travelling in Business Class can relax in one of the most comfortable, fully lie-flat beds in the sky as well as enjoying a five-star food and beverage service served ‘dine on demand’. Passengers can also take advantage of the airline’s award-winning in-flight entertainment system, Oryx One, offering up to 4,000 options.

The service opens up a world of connectivity for Qatar Airways customers travelling from Lisbon to destinations across Africa, Asia and Australia, such as Maputo, Hong Kong, Bali, Maldives, Bangkok, Sydney and many more.

Lisbon has also joined Qatar Airways’ air freight network, with the carrier’s cargo arm offering a total capacity of 70 tonnes to and from Portugal each week, and a direct connection to destinations in Europe, the Middle East and the Americas via Doha. In addition to this, Qatar Airways Cargo has a huge presence in neighbouring Spain with 47 belly-hold cargo flights to Barcelona and Madrid, including seasonal flights to Malaga each week. The carrier also operates 10 weekly Boeing 777 and Airbus A330 freighters to Zaragoza, providing more than 950 tonnes of cargo capacity to customers.

Qatar Airways currently operates a modern fleet of more than 250 aircraft via its hub, Hamad International Airport (HIA) to more than 160 destinations worldwide.

Lisbon is the fourth new destination to be introduced by the airline this summer following the launch of flights to Izmir, Turkey, and Rabat, Morocco, in May; with Malta at the beginning of June and Davao, Philippines on 18 June; followed by Mogadishu, Somalia, on 1 July; and Langkawi, Malaysia, on 15 October.

Qatar Airways Touches Down in Lisbon 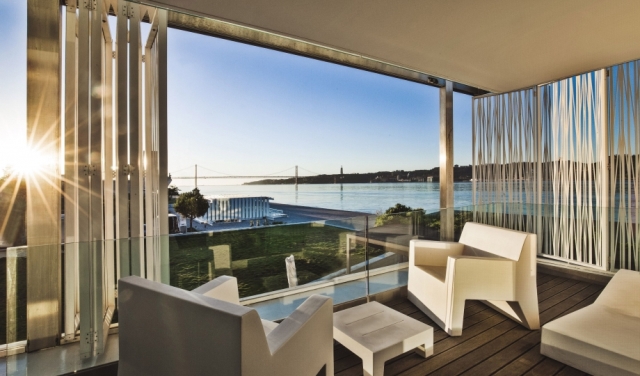 The Most Popular Fall and Holiday Destinations for Americans

Comments Off on Qatar Airways Touches Down in Lisbon