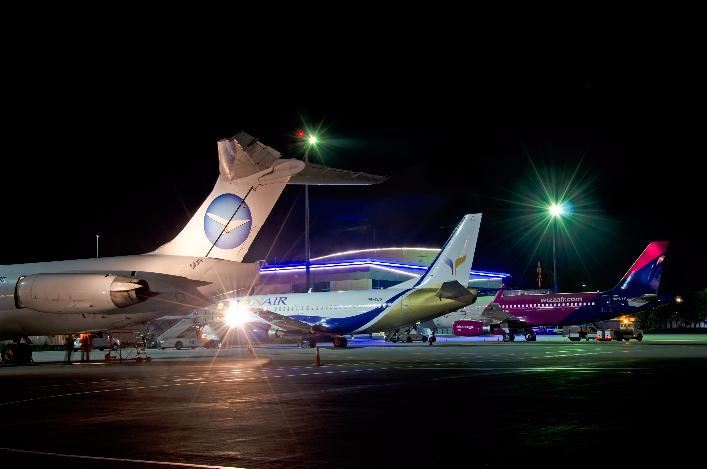 An MD83 passenger jet operated by Bravo Airways flying from Antalya, Turkey (flight 4406) has run off the runway as it was landing in the Kyiv Sikorski Airport at about 20:40 on Thursday, June 14. None of the 169 passengers and six crew on board were hurt in the incident.

All passengers have been evacuated to their safety, according to the airport’s press service. The airport was shut down for several hours and opened back up at 05:00 on Friday, June 15.

One of the passengers who flew on the said flight in a Facebook post praised the performance of the crew: “It’s only thanks to the efforts of the crew that we’re alive.”

In a statement published shortly after the incident, Bravo Airways said that the plane had been landing in difficult weather conditions, with multi-directional wind gusts and rain in the area of the airport. The company noted that the crew was highly experienced.