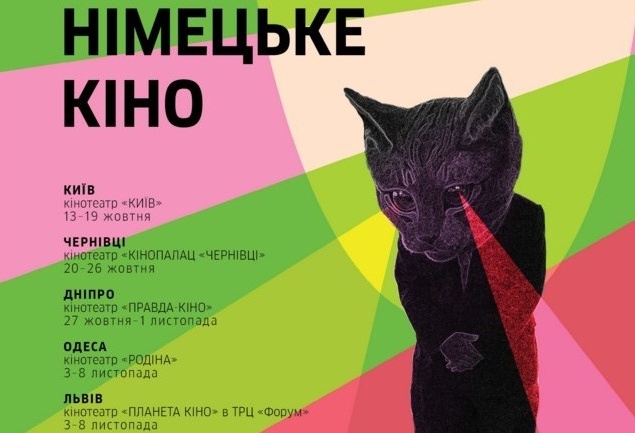 The festival organized by Goethe-Institut in cooperation with the company “Arthouse Traffic”. This is one of the oldest film festivals in Ukraine – this year it will be hold in 22nd time. Moreover, during the festival spectators will get acquainted with new collection of short films from Germany. The compilation includes both debuts of beginners in filmmaking and well-known German animated film studios. Most of the movies took part in the Berlin Film Festival and the main competition of Short Film Festival in Clermont-Ferrand.

The festival «New German cinema» opens in the capital cinema «Kiev» on 13 October and is also in the Dnipro, Lviv, Odessa, Kharkiv and Chernivtsi.