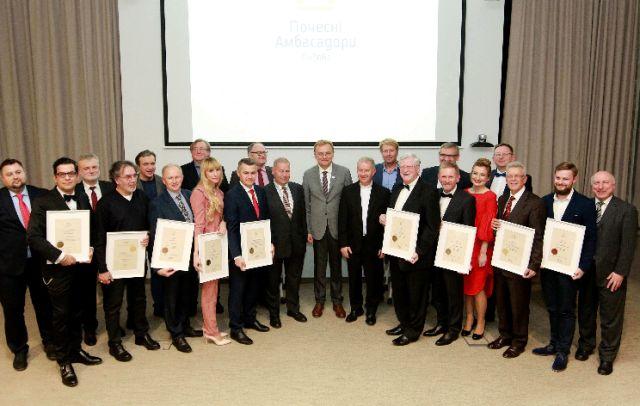 Lviv Convention Bureau inducted the new crop of Ambassadors for the third time. Nine city leaders in science, culture, medicine and IT were selected for their strong reputations and contributions to raising the profile of Lviv as an international convention destination. The Gala reception took place on 23 November at the Metropolitan Andrey Sheptytsky Center, Lviv, Ukraine.

Lviv City Mayor Andriy Sadovyi said, “I am very happy to have this distinguished group and to work with them in the coming year to increase the attraction of Lviv among international leaders in a broader array of fields.”

This program was a 2015 initiative of Lviv Convention Bureau, and the group now boasts 30 Honorary Ambassadors.

“Such a concentration of well-known and connected professionals to promote Lviv in their international circles has already increased prospects for future congresses and conventions,” noted Lina Ostapchuk, Director of Lviv Convention Bureau.

The finalists were selected according to set criteria including their strong roots in Lviv, business acumen, and demonstrated leadership.

Andrew Pavliv – CEO & Co-founder of N-iX, Supervisory Board Chairman at Lviv IT Cluster

Vasyl Vlizlo – Director of the Institute of animal biology of NAAS