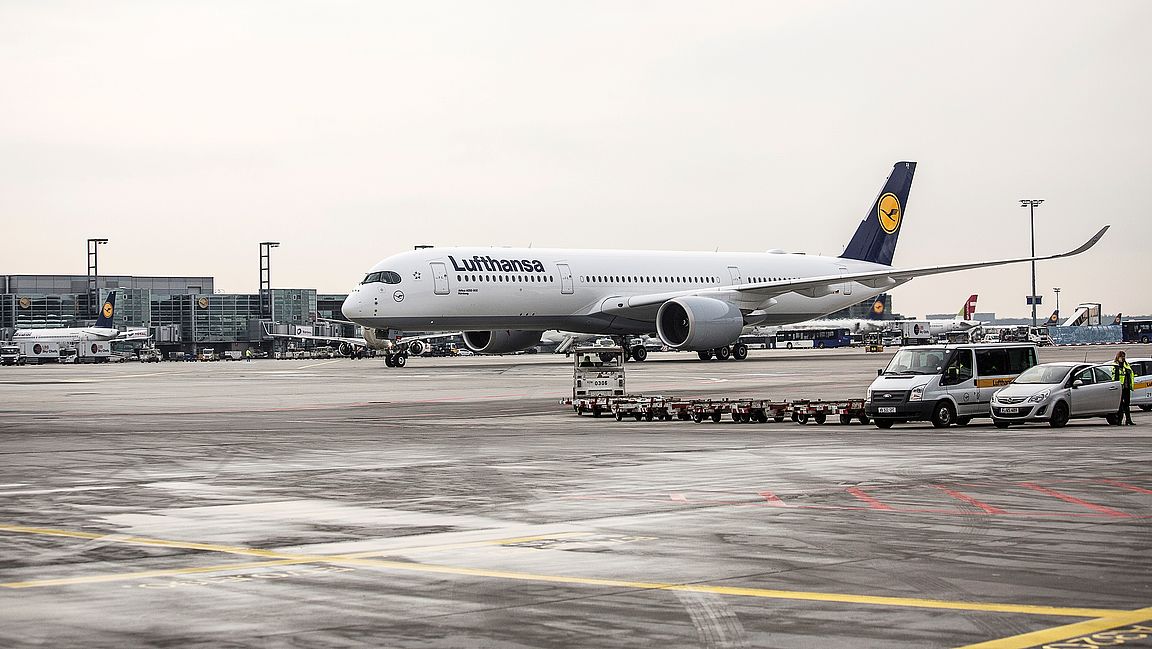 This Tuesday, a very special guest made its debut at Frankfurt Airport. The world’s first Lufthansa Airbus A350-900 landed at the Rhine-Main airport at 11:34 a.m. Staff on board the plane with the special flight number LH350 were busy testing ground and cabin procedures. Because in three days, the airplane will be taking off on its first scheduled flight from Munich to Delhi. 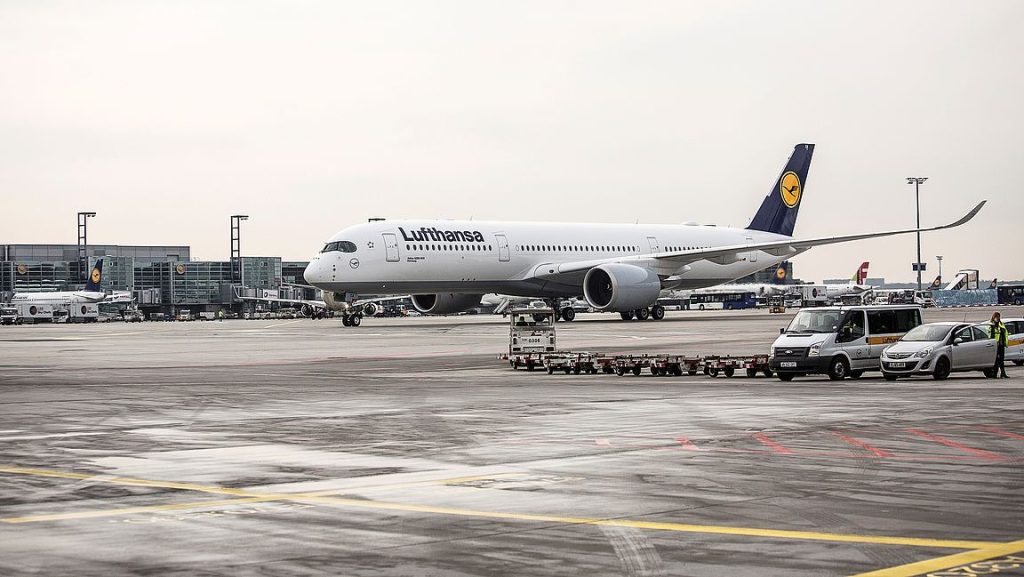 Captain and fleet commander Martin Hoell flew the A350-900 from Munich to Frankfurt today and is thrilled: “The technical features of the A350-900 make it the most up-to-date aircraft a commercial pilot can fly.” For the cabin crew, the A350 is also a “milestone that makes us especially proud,” says Purser Hermann Astl. In the afternoon, the new plane will fly back to Munich with the flight number LH359, taking off at 2:30 p.m.

Lufthansa will be basing its first ten Airbus A350-900 aircraft in Munich. Their first destinations will be Delhi and Boston. The aircraft can seat 293 passengers: 48 guests in Business Class, 21 in Premium Economy and 224 in Economy Class. A novel lighting concept will help adjust the circadian rhythms of the passengers while on board. As the world’s most modern and eco-friendly long-haul aircraft, the A350-900 uses 25 percent less fuel, has 25 percent lower emissions and is much more quiet during take-off than comparable aircraft models.

Share the post "Lufthansa A350-900: the world’s most modern long-haul airplane makes an appearance at Frankfurt Airport"