Most tourists arrived from Germany, Belarus, Poland, Russia, Latvia, Ukraine, Estonia, United Kingdom and Italy. A significant breakthrough was recorded in terms of the number of tourists from Ukraine (+50 %). Slightly dropped only the flow of tourists from Russia (-1.3 %) And Italy (-3 %).

The Lithuanian inbound tourism from four remote markets also encountered a considerable growth during the first half of this year: the number of tourists from Japan increased by 12.3 %, from China – by 21.4 %, from Israel – by 24.6 %, from the USA – by 8.8 %. 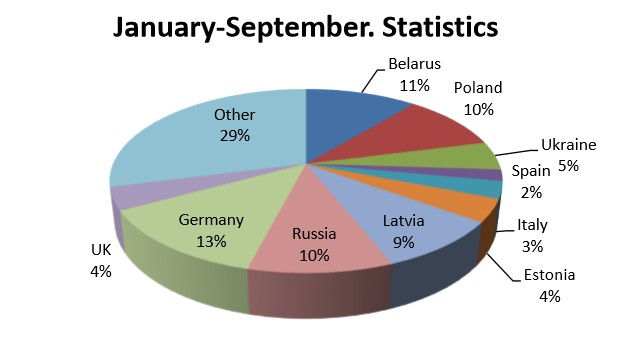