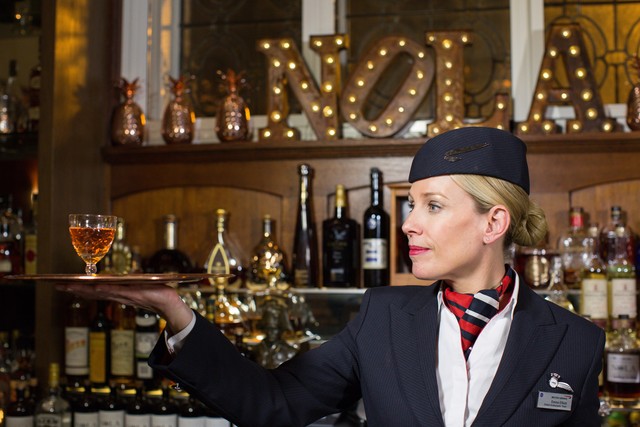 British Airways is shaking it up ahead of the launch of its new route to New Orleans. From March 27 ‘The Big Easy’ will be easier to reach than ever before with four direct flights a week between Heathrow and the Louisiana city.

To celebrate the airline has teamed up with award-winning drinking den NOLA to create a New Orleans inspired cocktail and Creole food menu which will be served to all customers on flights between the two cities from March 27 until April 27.

The airline is hosting a VIP charter flight to Mardi Gras where NOLA bartenders will be stirring and shaking signature cocktails at 40,000ft, while Nicole Scherzinger and YolanDa Brown perform an exclusive gig in the sky.

Customers will be able to try the famous ‘Hurricane’ cocktail, which perfectly blends rum with passionfruit and citrus, and the official cocktail of New Orleans, ‘The Sazerac’; a distinguished mixture of rye whiskey, sugar, absinthe and bitters.