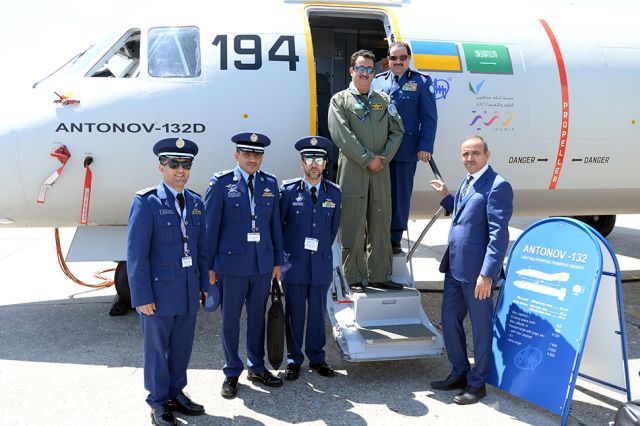 On June 19, 2017, the opening ceremony of the 52nd Paris Air Show was held. Emmanuel Macron, President of France, visited the event. There are 130 aircraft at this year’s show, 36 of which feature in flying display. AN−132D is one of the air show’s debutants. It attracts

It attracts the attention of participants and guests of the exhibition. Oleg Gladkovskiy, First Deputy Secretary of the NSDC of Ukraine, Stepan Poltorak, Minister of Defense of Ukraine, visited the aircraft.
The AN−132D performed an impressive demo flight. The crew was captained by Victor Goncharov, test pilot of the 1st class.
Partners of ANTONOV Company from Kingdom of Saudi Arabia are working efficiently to promote the aircraft.
The scheduled meetings with the partners and potential customers are conducted at the ANTONOV booth.