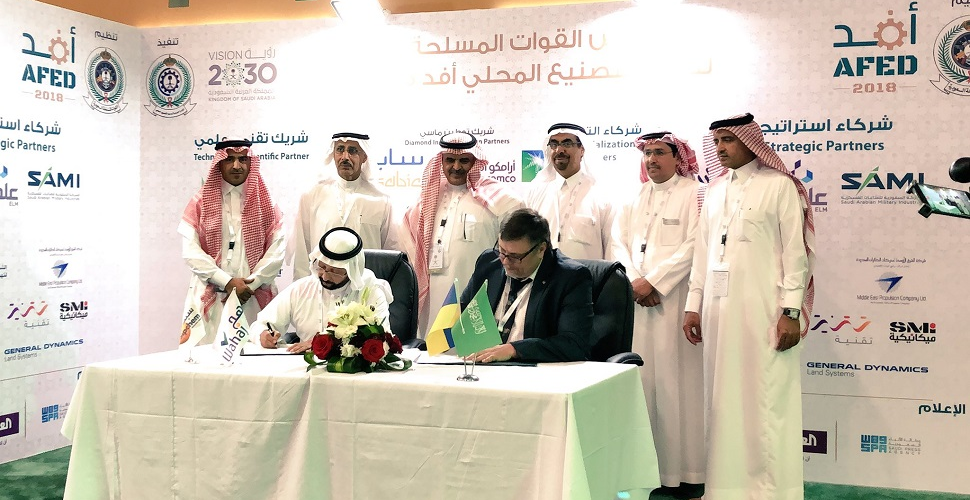 ANTONOV Company, Taqnia Aeronautics, a subsidiary of Saudi Technology Development and Investment Co (TAQNIA) and WAHAJ, an affiliate of SIPCHEM have signed a three party MoU to manufacture the AN−132 aircraft. The Saudi−Ukrainian multi−purpose aircraft, a joint development by ANTONOV and KACST, is intended in particular for military transportation of armed personnel, and warfare equipment. This Memorandum follows Taqnia’s recent initiatives in forming an alliance to establish manufacturing, testing, and maintenance capabilities for the aircraft.  This agreement was signed during the Armed Forces Exhibition for Diversity of Requirements and Capabilities AFED’2018 held in Riyadh, between the 25th of February and 3rd of March 2018. 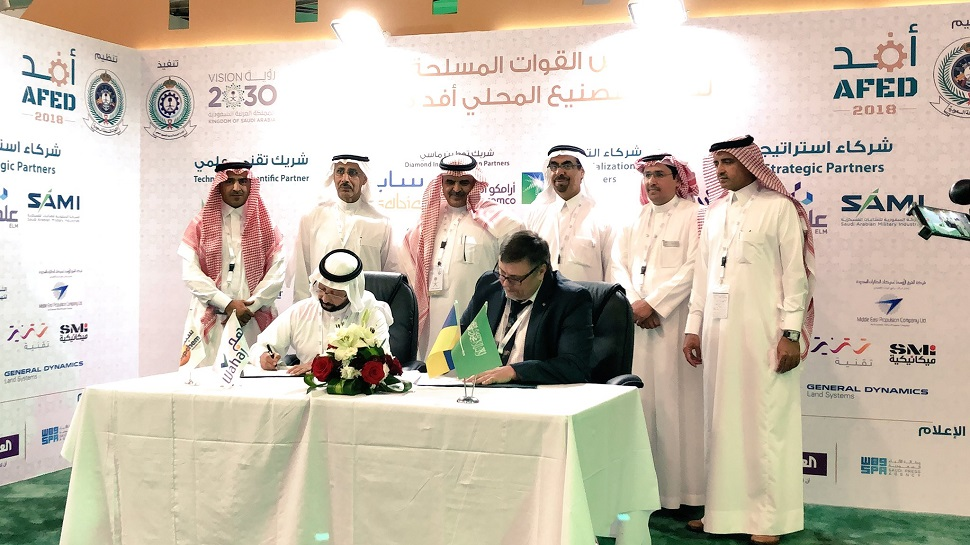 The parties have agreed that at the first stage of cooperative manufacturing, initial set of AN−132 serial aircraft will be constructed at ANTONOV’s production facilities in cooperation with TAQNIA and WAHAJ. At this stage ANTONOV will be prime contractor, TAQNIA and WAHAJ will construct components and units according to the cooperation scheme. In particular, WAHAJ will be engaged in the manufacture of Landing Gear & its qualification.

At the next stages, Parties agreed to deepen the scope of cooperation on ANTONOV aircraft manufacturing as the strategic plan for creation of production facilities in the KSA’s territory is implemented.

“This Memorandum is the next step to develop our interaction on the AN−132 program. We appreciate this cooperation. It is mutually beneficial for all the parties and all the companies involved in the project. Our new product has to take a proper place in the global market”, said Oleksandr Kryvokon, President of ANTONOV Company.

“ This agreement is testimony to our constant pursuance of developing WAHAJ as a global supplier of aerospace components and systems. We firmly believe this to be a milestone in the transformation of the Kingdom’s manufacturing ecosystem and should serve as a promising example for other international aerospace companies to emulate.” said Ayman A Al Hazmi, General Manager at WAHAJ.