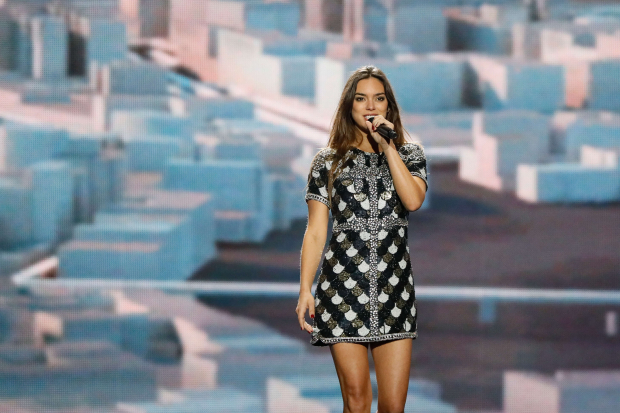 The opening Ceremony event which took place in Kyiv, the Mariyinsky Palace last Saturday. The event kicked off at 16:00 CET where the 42 countries as well as the 3 hosts.

The show was broadcast online and featured a mixture of 3 different interviewers, the parade of the artists and the release of the Eurovision balloons carrying the flags of the 42 participating countries.

The red carpet ceremony will be followed by two dress rehearsals of the first semifinal on Monday. One of them will be presented to the national juries.

Access to the Eurovision Village is free of charge and offers fans the opportunity to see their favourite acts perform live ahead of the Eurovision Song Contest.
Kiev is preparing to host 20,000 tourists during Eurovision. The Eurovision capital earns an average of 60 million dollars in 2 weeks.

A team of restorers is collecting money to repair the Shuvalov palace in the town of Talne in Cherkasy Oblast. The 19th-century estate participated in the “Great Restoration” program, but funding for the...

The new video of the wreck of the Titanic was shot in full 8K quality, the highest resolution currently available. The footage was taken during the 2022 OceanGate expedition to the site where the Titanic sank. The...

UNESCO announced the allocation of 1.5 million US dollars for the opening of the UNESCO Cultural Center in Lviv. According to the plan, it should be a place for meetings and exchange of experience of artists...