UpgradedPoints.com has just released new data on cities across the globe with the cheapest Airbnb prices. They focused their research on cities with at least 50 relevant listings and excluded rooms over $100 a night. During their research, they went through more than 15,000 listings.

What they found is that major cities in North America, most of which are in the U.S, are the most expensive. Europe was middle of the road with some pricey cities like London while others are cheaper, like Budapest. The study found that Asia and Africa had cheap rooms, but South America was by far the cheapest continent of all.

San Francisco, San Juan, Los Angeles, Rome and New York topped the most expensive while cities in Brazil, like Salvador, Belo Horizonte and Campinas, are the cheapest along with Lima, Peru. Other considerations also should be factored depending on the travel needs such as cost of international flights, safety, community, length of stay and even language needs.

For instance, while Brazil comes in among the cheapest, it doesn’t have a large English-speaking population while India, which has the second largest English speaking population, has 11 cities on the list for under 30 dollars a night.

Cheapest Airbnb Cities In The World

Ten of the cheapest cities are in Brazil. This makes sense since it’s the fifth most populous country in the world but is not nearly expensive as America or European countries. 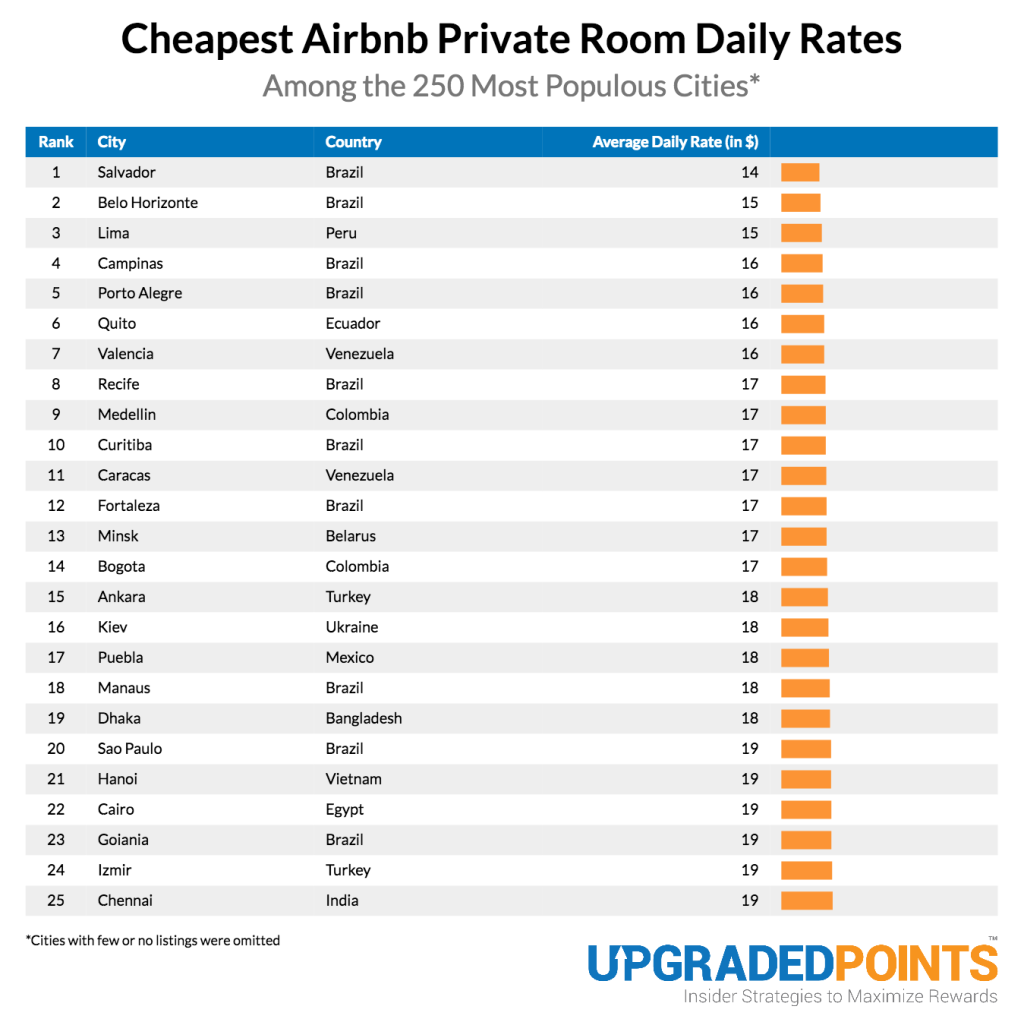 To see the full overview of the research and the best valued Airbnbs, visit UpgradedPoints.com.